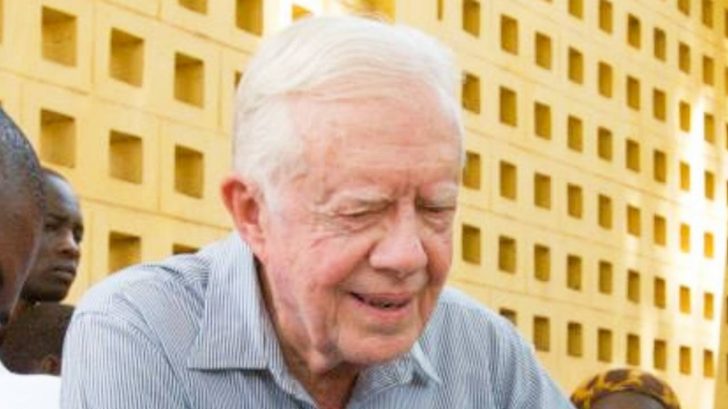 Former President Jimmy Carter just turned 97 years old, but he is mourning a huge loss, as is the rest of his family. Annette Davis Carter, who was married to Jimmy’s son Jeff Carter for 46 years, passed away on September 19, 2021 at the age of 68.

Their son, Josh, wrote an obituary, which revealed that she is “survived by her husband Jeff, her children Joshua, [his wife Sarah], and James [and his wife Anna], and her grandchildren Charles, Jonathan, and Rayna.”

She was preceded in death by her middle son, Jeremy, who passed away in 2015 at the age of 28. Josh said, “Jeremy was a loss that never healed until her passing.”

Annette first met the love of her life, Jeff, on the first day of school at Georgia Southwestern University and four years later in 1975, they were married, making her the daughter-in-law of Jimmy Carter, who was then the Governor of Georgia.

She campaigned for her father-in-law during his run for president, and was an integral member of the Carter family whilst residents of the White House. Annette helped host many celebrities including John Travolta, the cast of Star Wars, and even the Pope.

A celebration of life has been planned for October 2 at Maranatha Baptist Church in Plains, Georgia. Joshua wrote, “In lieu of flowers, donations to the Rosalynn Carter Institute for Caregiving, where Annette Carter served on the Board, are greatly appreciated.

Our thoughts and prayers are with the Carter family during this difficult time.