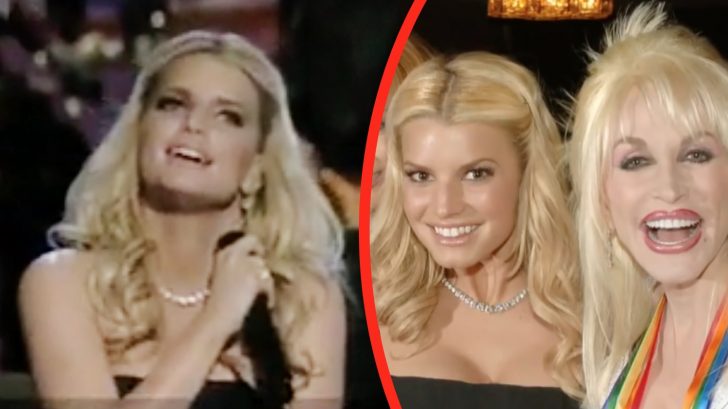 The Southern Belle pop star apologized and walked straight off stage right in the middle of a performance to honor one of her biggest idols and inspirations – Dolly Parton. But, that was never shown on TV…until now.

Jessica Simpson, a pop star, billion-dollar fashion mogul, and now best-selling author, has opened up about her addiction to alcohol and other past troubles in her new memoir Open Book. She also sat down with Hoda Kotb for a tell-all interview about her life in and out of the public eye.

“I drank before I went onstage,” Jessica told the Today Show host, recalling a bitter break-up with on-and-off boyfriend John Mayer. “That was not John’s fault. I’m the one that drank.”

Simpson and Mayer had a very tumultuous relationship, and it culminated in him referring to her as “sexual napalm” in an interview and from that point forward she made it a goal of moving on. But prior to that, the two went round and round with breakups and reunions.

“It was always on-again, off-again…and I went back close to nine times,” Simpson continued. “…It was the Kennedy Center Honors, and he broke up with me – our third break-up or something. It was right before I was going to do this huge thing.”

Set to perform “9 to 5” to honor Dolly Parton at the 2006 Kennedy Center Honors, Simpson admitted that she had too much to drink before she went on stage. Once out there – and in the middle of the song…she froze.

In the clip above, you witness the moment unfolding before everyone’s eyes. This part was cut from the broadcast and never shown on TV until Today aired the interview. Simpson’s microphone was cut, so you can’t hear what she was saying, and then she dashes off the stage leaving everyone puzzled.

In this new interview, Simpson reveals what she said and what she did.

“I just stopped, and I froze, and then I just said I was sorry – and that Dolly deserved better.”

Distraught over her breakup and under the influence of alcohol, Simpson says that she never even hung up the photo of her and her country music idols from that evening. Too many bad feelings to associate.

In her memoir, Jessica Simpson details the darkest parts of her life – and the brightest. Now sober and living a much healthier life, she is sharing her story with the world.

Watch the new interview with Hoda Kotb below.