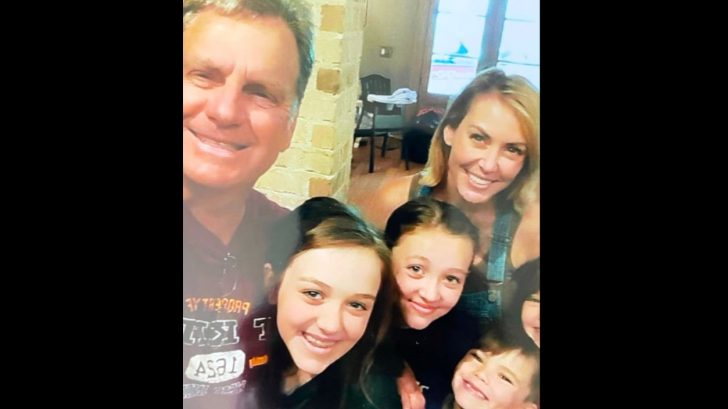 Recently, Jessica Robertson took to social media to share some sad news with her followers. She announced her beloved father had passed away on December 19th following a two-year battle with cancer:

“I have sat down many times and tried to write this post. I just didn’t know how to share this with y’all. It’s been beyond difficult this last couple weeks for our family….” Jessica said before sharing the news of her father’s death.

Jessica is known for appearing on the popular television series Duck Dynasty. She is married to Phil and Kay Robertson’s youngest son, Jep. They share five children (Priscilla, Merritt, River, Lily, and Gus) and currently live in Texas.

“A great man has passed and joined our Lord and Savior. My father-in-law, father to my wife and grandpa to our children. He shaped and guided our family to who we are today. I am forever thankful for what he has given me.”

When speaking about her father’s passing, Jessica said she can still find happiness because of her family. She also finds joy in the fact that her dad lived much longer than the doctors told him he would when he was diagnosed with cancer:

“And even through the pain, I still have joy and see the many blessings God has given. My dad was given six months to a year to live two years ago, I’m so grateful for the extra time God blessed us with. I miss hearing my dads voice, but I know I’ll see him again one day and there will only be rejoicing. God’s blessed me with a good man to love and walk through life with. And God knew my hearts desire of wanting to be a mama and gave us our five amazing kiddos.”

Along with her post, Jessica included a number of photos that show her dad throughout the years. Read everything she had to say and take a look at those pictures below.

Our hearts go out to Jessica and her entire family during this sad time. May her father rest in peace.