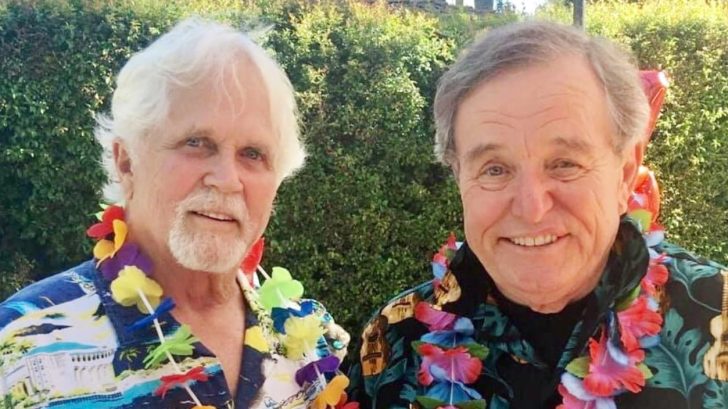 Leave It to Beaver star Tony Dow died on July 27 at the age of 77 following a battle with cancer. His death had been prematurely announced the day prior (July 26) when his wife, Lauren, mistakenly believed he was gone.

After Tony passed away on the morning of July 27, his team shared a statement on his official Facebook page:

“We have received confirmation from Christopher, Tony’s son, that Tony passed away earlier this morning, with his loving family at his side to see him through this journey. We know that the world is collectively saddened by the loss of this incredible man. He gave so much to us all and was loved by so many.”

Tony was universally beloved for portraying Wally Cleaver on Leave It to Beaver. His younger brother, and the show’s namesake character, was played by Jerry Mathers.

Tony and Jerry remained friends over the many decades that passed since Leave It to Beaver ended. So when he caught word that Tony passed away, Jerry was understandably devastated.

He wrote a tribute to his longtime friend, and said:

“Tony was not only my brother on TV, but in many ways in life as well. He leaves an empty place in my heart that won’t be filled. Tony was always the kindest, most generous, gentle, loving, sincere, and humble man, and it was my honor and privilege to be able to share memories together with him for 65 years.“

Jerry ended his message by saying, “The world may have lost a star today, but the heavens gained another.”

Fans have been leaving Jerry lots of loving and supportive comments after Tony’s passing. Jerry took a moment to thank them for their messages in a new post he shared on Tuesday (August 2):

“Dearest Friends and Fans,” Jerry said. “I want to thank you all for your heartfelt messages of condolence on the passing of my dear, lifelong friend Tony Dow. I very much appreciate all of your thoughts and prayers at this difficult time. Tony will always be in our minds and hearts…“

Head below to watch a video of Tony and Jerry reminiscing on the time they spent together on Leave It to Beaver. It’s touching to see how close they were after so much time had passed.

May Tony rest in peace.