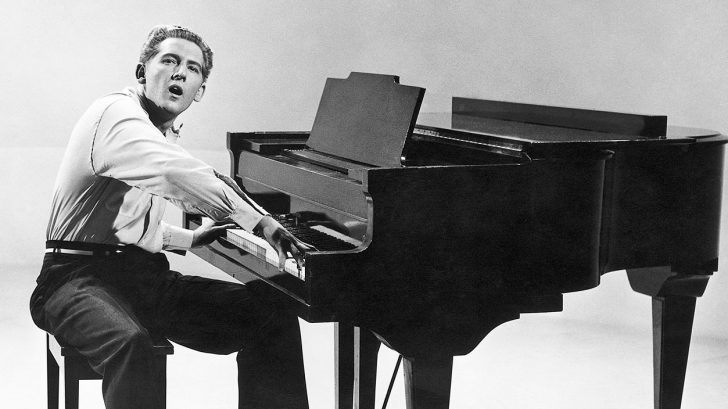 Music legend and rock and roll pioneer Jerry Lee Lewis made his recognizable musical debut in the late 1950s when he released the wacky hit “Whole Lotta Shakin’ Going On.”

The song became a wild success, skyrocketing Lewis to international fame, and he became a household name with the release of his follow-up song, “Great Balls of Fire.” The fiery tune sold over 1 million copies within its first ten days of release in the United States.

The vintage, black and white music video for the now classic hit perfectly captures Lewis’ enthusiasm and energy, captivating viewers with his quirky gestures. Showcasing his admirable piano skills, Lewis gives a vibrant performance while accompanied by two other men wielding a guitar and drum set.

Viewers often praise this song for its upbeat tune and wild nature, claiming that those features most often seen in the classic hit that have ceased to remain in some of today’s media.

Fortunately, this video is one that everyone can still properly enjoy! Check out Lewis’ performance below and tell us what you think!