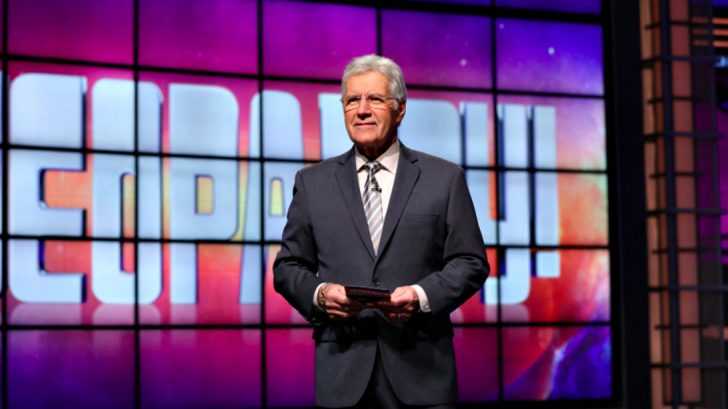 “Jeopardy!” made the announcement on Twitter with a post that read, “Jeopardy! is saddened to share that Alex Trebek passed away peacefully at home early this morning, surrounded by family and friends. Thank you, Alex.”

Jeopardy! is saddened to share that Alex Trebek passed away peacefully at home early this morning, surrounded by family and friends. Thank you, Alex. pic.twitter.com/Yk2a90CHIM

Trebek revealed his stage 4 pancreatic cancer diagnosis in March 2019. A month later he finished taping “Jeopardy’s!” 35th season and shared an optimistic update regarding his health.

“I’ve always tried to be straight with you and I’m not going to stop now,” he said. “So despite what you may have heard, I’m feeling good, I’m continuing with my therapy and we, by we, the staff, is already working on our next season, the 36th year of ‘Jeopardy!'”.

Trebek was open with his fans and vocal about his diagnosis and treatment with video updates. During the summer of 2019, Trebek returned to his hosting duties for the show’s 36th season, but just months later shared that he would need to undergo more chemotherapy.

Trebek, a native of Canada, hosted “Jeopardy!” since 1984 and set the Guinness record for most game show episodes hosted by the same person on the same program, breaking Bob Barker’s record for his work on “The Price is Right.”

Trebek hosted numerous shows in the ’60s in Canada before moving to the United States and hosting shows such as “The Wizard of Odds,” “High Rollers,” “The $128,000 Question,” “Pitfall,” and “Battlestars,” before landing the role that would make him a household name.

Trebek won six Daytime Emmy Awards for outstanding game show host for his “Jeopardy!” role, and in 2011, he received a Lifetime Achievement Award from the Daytime Emmys.

Rest in peace, Alex Trebek. You will be missed.