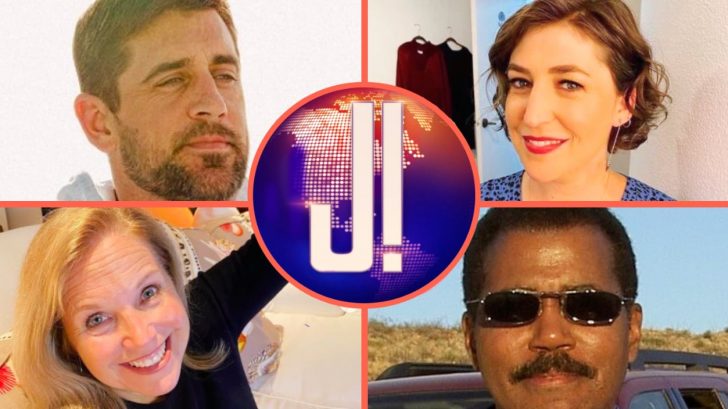 Following Alex Trebek’s passing in November, Ken Jennings stepped up to be the interim host of Jeopardy! Jennings, who is known as the contestant with the longest winning streak in Jeopardy! history, taped six weeks worth of shows that started airing on Monday (January 11).

Jeopardy! promised more guest hosts would eventually be announced at a later date. That later date has come!

We now know the names of a few more people who will serve as the guest hosts of Jeopardy! after Jennings’ stint ends.

In early January, the Los Angeles Times reported that Katie Couric would serve as a guest host for a week. Then on Tuesday (January 12), Green Bay Packers quarterback Aaron Rodgers spoke during an interview about how he had the opportunity to be a guest host.

Rodgers previously appeared as a contestant on a celebrity edition of Jeopardy! in 2015 and won.

In addition, Richards himself will host the show for two weeks after Jennings’ episodes finish airing. After that, the new guest hosts will take their turns leading the show.

Jeopardy! has vowed to make a donation to each guest host’s charity of choice. Deadline explains “The amount donated will equal the cumulative winnings of the contestants that compete during the weeks they serve as guest host.”

Katie Couric, Aaron Rodgers, Bill Whitaker, and Mayim Bialik will each take their turn as guest hosts of Jeopardy!

As a part of each guest host’s appearance, a donation will be made to a charity of their choice.

More guest hosts will be announced in the future. So Jennings, Richards, Couric, Rodgers, Bialik, and Whitaker won’t be the only ones taking the reins on Jeopardy!

Until we learn who the other guest hosts will be, we’re enjoying watching Jennings host the show. It was an emotional moment for him when he first took to the stage, and he got choked up as he addressed how no one will ever be able to replace Trebek.

You can watch Jennings’ message to Jeopardy! viewers below. We wish him and all of the future guest hosts the best on the show!