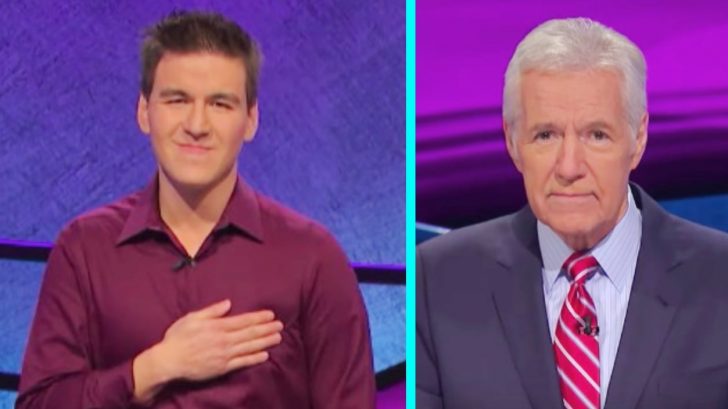 After 32 straight games on the popular trivia game show Jeopardy!, James Holzhauer earned a whopping total of $2,462,216. And recently, he donated a portion of those winnings to honor the man who has hosted the show for 35 years.

In March, Alex Trebek, the beloved host of Jeopardy!, addressed fans to reveal he had been diagnosed with stage IV pancreatic cancer. “Now normally the prognosis for this is not very encouraging, but I’m going to fight this,” Trebek said, adding that he was going to continue working.

Then in May, Trebek shared a “mind-boggling” update with People, saying he was responding well to treatment and doctors indicate he is in “near remission.”

Trebek received, and continues to receive, an outpouring of love and support from fans of all ages. In fact, even Holzhauer’s four-year-old daughter Natasha made a special card for Trebek to wish him well.

The show host thanked Holzhauer and his daughter on-air, saying, “I want to express my thanks to your beautiful little daughter, Natasha, for having made this get well card for me. That was very sweet of her.”

That comment struck a chord with Jeopardy! viewer Ann Zediker. Her father passed away in 2010 following his own battle with pancreatic cancer. That inspired her to take on the role as the “walk leader” for the Naperville Pancreatic Cancer Research Walk, which raises funds to support pancreatic cancer research.

It just so happens that Holzhauer used to live in Naperville, so when Zediker reached out to ask if he’d like to contribute to the walk, the answer was an easy “yes.”

Zediker told The Chicago Tribune that Holzhauer is unable to attend the walk on July 14, but was happy to make a donation. His donation of of $1,109.14 is a number Jeopardy! fans surely understand the meaning of, since the numbers represent his daughter Natasha’s birthday.

“For Alex Trebek and all the other survivors,” Holzhauer wrote alongside his donation.

Once news of Holzhauer’s donation went viral, more donations came pouring in from other individuals. Many indicated they were donating in honor of Trebek or because they heard Holzhauer had donated.

Here are just a few examples of people who donated after Holzhauer made his contribution.

If you’d like to chip in and donate as well, you can do so by visiting the cancer walk’s official website here.

Our prayers remain with Trebek as he continues his fight against this terrible disease.