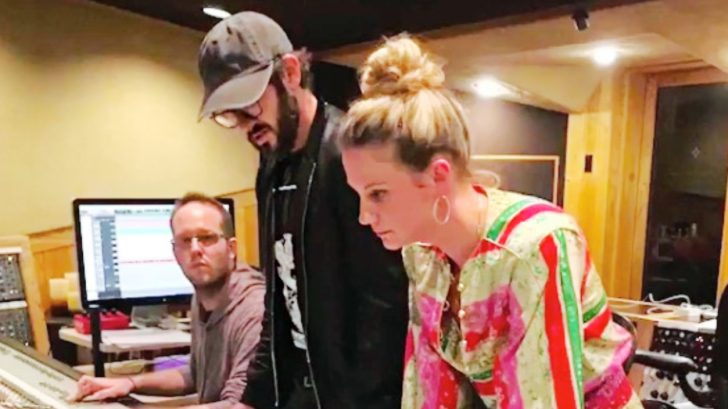 Jennifer Nettles may be one of the busiest artists in country music right now. Along with her Sugarland bandmate Kristian Bush, she has a new record, titled Bigger, and is currently on its accompanying tour.

Bigger managed to secure the second spot on the Billboard Top Country Albums chart, which it was likely propelled to due to the success of its second single “Babe.” The track generated a bunch of hype for being co-written by Taylor Swift, who also lends her vocals to the finished product.

But “Babe” isn’t the only collaboration Nettles has up her sleeve. The talented singer, songwriter, and actress recently shared a piece of a secret project she’s been working on with an artist beloved by millions around the world. Any guesses who?

That artist is none other than Josh Groban. Over the course of his 21-year career, Groban has managed to sell over 25 million records around the world. In 2007, after he had only four albums to his name, Groban was crowned as the best-selling artist in the U.S. at the time with over 22.3 million records sold.

Since both Groban and Nettles are known for their powerhouse vocals, it makes perfect sense to pair them up on a duet. Nettles teased just how good their voices sound together when she shared a snippet of their future collaboration on Instagram.

You can listen to the tease of that duet by clicking on the clip below.

I am so excited for you all to hear this collab!!! This song!!! His whole record!!! Coming Sept21!!!! Josh shared this sneak peek!!! @joshgroban you are a dear and a force!! #Repost @joshgroban with @get_repost ・・・ I feel like sharing a snippet. @jennifernettles you are just too damn good and cool. #99years #bridges #sept21

The duet that you never knew you needed is something that Nettles and Groban first hinted at in June. The two shared the same photo of themselves in the recording studio, with Groban writing the simple caption “Oh hey there,” accompanied by some music notes.

While it may seem like Nettles and Groban have kept this project under wraps for a while, you don’t have to wait much longer to hear the whole thing. Groban wrote in his own post that the song will be available to all on September 21.

Nettles is quite experienced at collaborating with artists of all genres, so you can expect that her duet with Groban will be a musical masterpiece. To see just how well she does perform with a non-country artist, watch her sing “Hello” with Lionel Richie in the video below.

What do y’all think about the news of Nettles and Groban’s upcoming duet? Will you make sure you’re one of the first to hear it?