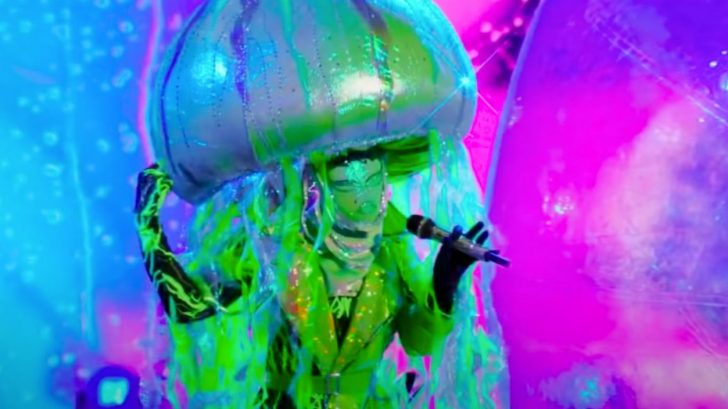 Every now and then, one of the contestants on The Masked Singer chooses to showcase their voice by singing a country song. Such was the case when the Jellyfish took to the stage during the show’s fourth season.

The celebrity behind the Jellyfish’s costume chose to sang one of the most iconic country songs of all time…Patsy Cline‘s “Crazy.”

Fans were impressed with the singer’s performance, saying it was a great improvement on her previous one. But even though her performance made her stand out in the competition, the judges still couldn’t agree on her identity.

They guessed she could be anyone from Sofia Richie, to Halle Bailey, to Lana Condor. Fans were equally confused, guessing the Jellyfish could be Paris Jackson, Billie Eilish, and Hillary Duff, among others.

The Masked Singer openly invited fans to share their theories as to who the Jellyfish could be in a post on Twitter. Everyone in the replies seemed to have a different guess!

Are you ready for this jelly?

Fortunately for the Jellyfish, we’ll have to wait a little longer to learn her identity. Her “Crazy” cover helped her avoid elimination and allowed her to advance to the next stage of the competition.

Instead, it was the Squiggly Monster who got eliminated during that particular episode. We won’t spoil his identity for you here!

Since the Squiggly Monster was eliminated, Jellyfish gets to sing another day. Check out her cover of Cline’s “Crazy” below and see if you can figure out who she is.