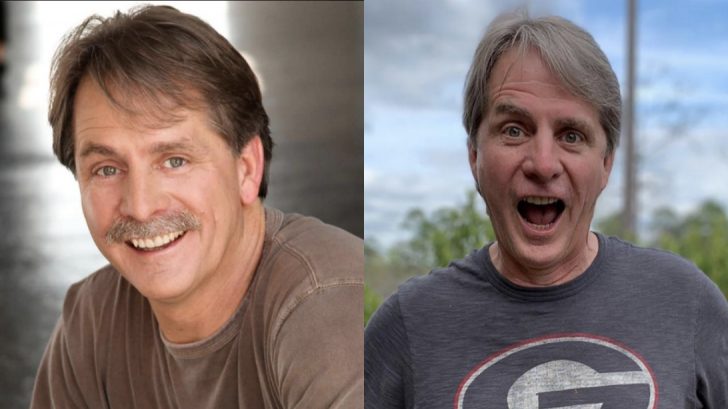 You might be a redneck if…you cure quarantine boredom by shaving your mustache. Just ask Jeff Foxworthy!

The comedian took to social media Saturday to share a photo of his mustache-less face, and shared that it was the first time in 4 decades that he had shaved his mustache.

Jeff Foxworthy’s infamous mustache is nearly as popular as the “You might be a redneck if…” one-liners that catapulted him to fame in the early ’90s. His redneck-centric humor, platinum albums, and awards made him a household name. He even earned his own self-titled sitcom, The Jeff Foxworthy Show, and hosted shows such as Are You Smarter Than a 5th Grader?, The American Baking Competition and The American Bible Challenge.

But, there is no doubt that his claim to fame has been, and most likely always will be, his relatable humor. Check out a throwback video of Jeff Foxworthy in the clip below.