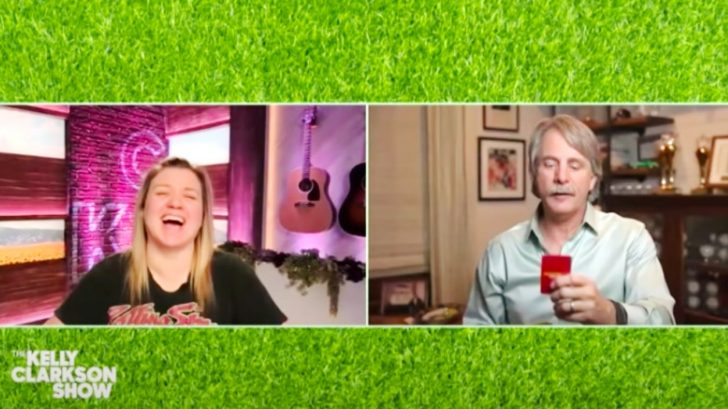 Foxworthy says he got the idea for the game after the kids in his family would play Cards Against Humanity at holiday gatherings. The game, known for its risque cards, was one that Foxworthy thought the kids shouldn’t be playing around their elder relatives and grandparents.

So he created a similar game and centered it on family dynamics. He started by making “setup” cards such as, “When my brother brought out his new baby to show the family, Granny blurted out…”

Jeff Foxworthy's Relative Insanity party game for families is 62% off today. Get it here for $7.99: https://t.co/ZUCojDuLtX pic.twitter.com/nwv0Hu9acB

One person reads the setup card while the other players toss down a “punch line” card to complete the setup. The setup reader then recites each punch line and picks their favorite, awarding a point to the player who laid the winning card.

In the above example, possible combinations could be:

Foxworthy played Relative Insanity during a number of interviews the year of its release. He left celebrity hosts such as Rachel Ray and Jimmy Fallon in fits of laughter over the wacky combinations they created while playing.

Now, two years later, Relative Insanity still brings on the laughs. It had Kelly Clarkson cracking up when Foxworthy shared the game with her during a virtual interview for The Kelly Clarkson Show.

Foxworthy prepared two setup cards to read to Clarkson. He started with, “Halfway through my grandmother’s funeral, my uncle leaned over to me and said…”

He then read three punch lines to complete the card. Clarkson was a big fan of the middle punch line, which read:

“Halfway through my grandmother’s funeral, my uncle leaned over to me and said…’If the police come around asking questions, you and I were fishing last night.‘”

Check out the below video to see Clarkson react to Relative Insanity. They start playing the game around the 8:10 mark, but you can watch the whole video to learn about Foxworthy’s new show, What’s It Worth?, and hear why he decided to shave off his famous mustache earlier this year.

Have any of y’all ever played Relative Insanity before? We have, and it’s a hoot!