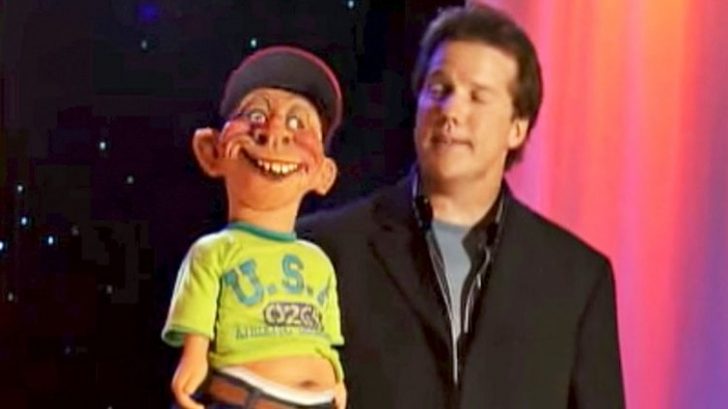 There are few people out there who haven’t heard of ventriloquist and stand-up comedian Jeff Dunham.

At age 57, Dunham has earned the distinction has one of the most popular comedians in the world, with Slate Magazine referring to him as “America’s favorite comedian.”

Dunham’s acts revolve around his colorful cast of puppets, most of which embody some sort of a stereotypical figure. Since these stereotypes are so familiar to the audience, it is a guaranteed recipe for laughter.

One of Dunham’s puppets that always has the crowd cracking up is his redneck puppet Bubba J. Every stereotypical joke about rednecks that you’ve ever heard is personified in Bubba J, who is a beer guzzling, trailer park kind of guy.

In Case You Can’t Tell, He Loves NASCAR

If there’s anything that Bubba J loves more than beer, it’s NASCAR. Bubba J has professed his love for the sport during many of Dunham’s acts. But Bubba J also knows full good and well that not everyone is as passionate about NASCAR as he is.

During Dunham’s 2006 special Jeff Dunham: Arguing with Myself, Bubba J went on a hilarious rant to defend the sport he loves and the fans who enjoy watching it.

When Dunham mentioned to Bubba J that one of his other puppets had said NASCAR was just “a bunch of guys driving in a circle,” Bubba J was quick with a response.

“It’s a sport that’s easy to follow when you’re hammered!” he said.

It Somehow Gets Even More Hilarious

Dunham acknowledged that Bubba J did have a good point there. But Bubba J had something to say about NASCAR fans, saying that he’s tired of hearing all the criticism about how much they drink:

“I’m tired of hearing that most NASCAR fans drink too much,” he said.

Bubba J also explained that it isn’t exactly true that NASCAR fans only drink beer. He said that he sometimes takes wine with him down to the track, but he always makes sure to get a box of wine instead of a bottle.

Just wait until you hear him share how the box can come in handy after all of the wine is gone!

Tune in to the video below to watch Bubba J go on his side-splitting defense of NASCAR and its loyal fans. You won’t be able to stop laughing the whole way through. Warning, there is some slightly inappropriate material in the clip that you won’t want young ears to hear!