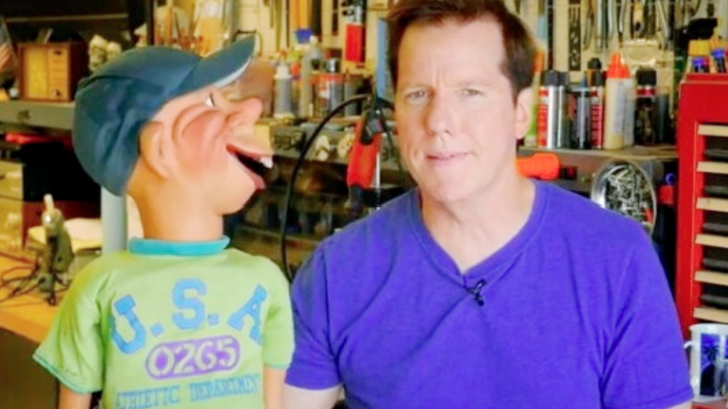 Jeff Dunham has worked with a number of hilarious puppets over the years, with one of his fan-favorite characters being Bubba J. The NASCAR loving, beer drinking redneck may not be the sharpest tool in the shed, but you can always count on him for a good laugh.

In the past, Dunham has enlisted his famous puppets to help him make big announcements, usually pertaining to tour dates and locations. Bubba J is no stranger to these announcements, having helped Jeff with them before.

The duo managed to get a nice helping of bloopers to share when they filmed one such announcement back in 2016. Jeff and Bubba J both kept getting tongue-tied, and couldn’t seem to spit out the names of the cities they’d be touring to.

But nothing was more hilarious than hearing Jeff yell at himself through Bubba J.

Of course, Jeff and Bubba J make sure to save plenty of comical moments for the finished announcements. This is something you can see clear as day in a clip they filmed to share the big news that Jeff would be going on tour in 2019.

The announcement had a smooth start, with Jeff introducing the two of them and Bubba J revealing that tickets were on sale for their tour, titled Passively Aggressive. Jeff then encouraged everyone to check out his website to find tour dates and locations.

That’s when things went off the wall thanks to Bubba J, who then excitedly asked everyone to “bring beer to the show!“

Jeff tried to squash Bubba J’s suggestion, telling him that the venues won’t let attendees bring their own beer to his shows. Bubba J had a hilarious reaction to that, telling people to bring moonshine and wine coolers instead.

Well, that’s either really bad advice or really good advice, depending on how you look at it! (Seriously though, don’t try to sneak adult beverages into Jeff’s show).

You can listen to Jeff’s entire tour announcement in the clip below, which was hilariously ruined thanks to Bubba J’s love of booze.

If the announcement is any indication of how funny their show will be, we have a feeling it’s going to be downright hysterical!

The gang and I are coming to see you in 2019! Grab your tix NOW before it’s too late! jeffdunham.com/tours