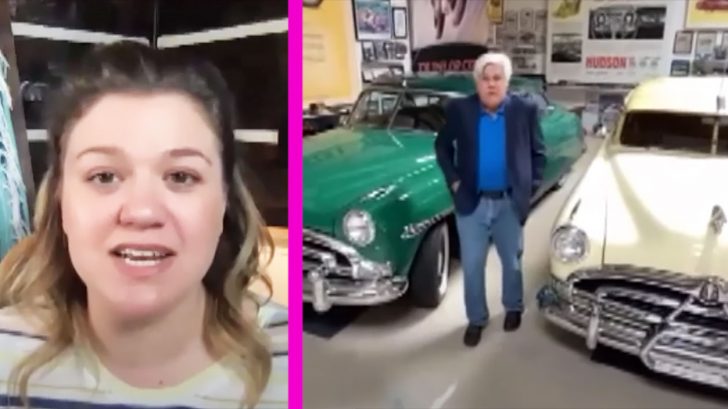 Jay Leno made a guest appearance on the Kelly Clarkson Show this month and she was in complete awe of his enormous,140,000 square-foot garage. Located in Burbank, California, Leno uses it to store his collection of vintage cars and various exotics as well. Clarkson couldn’t stop laughing as he hilariously shared the stories behind a couple of them.

Leno told Clarkson that sometimes you’re not just buying a car but rather the story behind the car. He stood by a 1951 Hudson Hornet and said that he bought it off of a 94-year-old lady for $5,000. It was the family vehicle that her husband and their children drove across the country when they moved from New Jersey out to California. After spending 2 years restoring it to its original glory, he called the woman and was able to take her for one last ride in her old vehicle.

The story behind this car will leave you ??? #LinkinBio to take a behind-the-scenes tour of @jaylenosgarage!

Leno also shared the story behind the classic Buick that he bought for a whopping $350 when he first moved to Los Angeles. He mentioned that he met his wife in that car and the two of them went on several dates in it. He humorously recalled their 25th wedding anniversary when the two of them tried to re-create their first “encounter” in the classic vehicle. After 25 years the spot was turned into a housing development and Leno joked about how he wasn’t as agile as he was their first time.

Watch the whole clip in the video below.