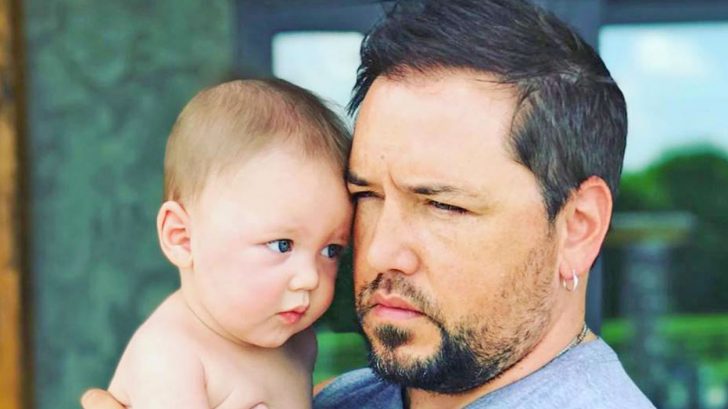 Jason Aldean isn’t just a country singer, he is also a Buckman. As a co-owner of the company Buck Commander, Aldean films deer hunting videos with his fellow Buckmen including Duck Dynasty‘s Willie Robertson and fellow country star Luke Bryan.

Their company not only films hunting videos, and sells sell merchandise and hunting equipment, but they also have a television show on the Outdoor Channel. Throughout the episodes, the gang goes hunting, but they also conduct interviews to explain what they were thinking throughout the hunt.

While Aldean was getting ready to do some interviews for the upcoming Buck Commander season, he had a little help from his six-month-old son, Memphis, who looks like he is ready to be a Buckman in training!

Enamored by the lights and microphone, Memphis wore a cute striped onesie and held onto his dad, who was sitting in a chair for the interview. Jason included the caption, “Memphis helping me out with my interviews for the new season of Buck Commander.”

We can’t wait to see this episode air! Watch one of the clips from their TV show below.