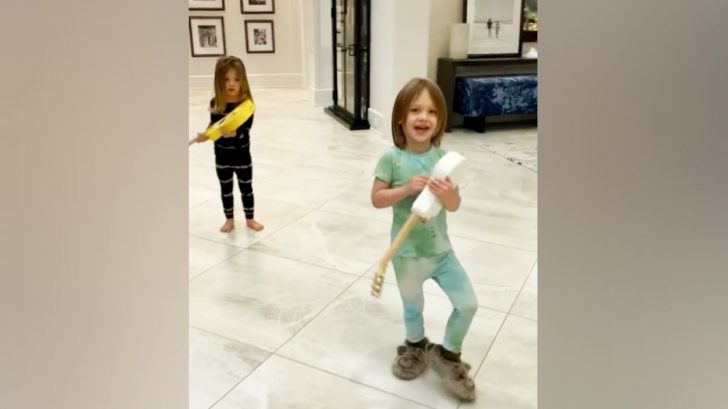 Jason Aldean and Carrie Underwood‘s “If I Didn’t Love You” is one of the hottest songs in country music right now. The song debuted at the #2 spot on the Hot Country Songs chart, setting a chart record for the highest debut for a duet between a solo male and solo female artist.

“What a great way to start this week,” Jason said on social media after the song went back to #1. “So cool to see my duet with Carrie go back to #1 for its third week at the top of the @Billboard chart! This is a first for me and I can’t thank her or my fans enough.”

The song’s return to #1 comes just days after Jason and Carrie performed during the CMA Awards. It was their first time singing the song together live on TV.

To sum it up, tons of people are listening to “If I Didn’t Love You” right now. Two of the song’s biggest fans are Jason’s own kids!

Jason’s wife, Brittany, shared an adorable video that shows their son, Memphis, and daughter, Navy, singing “If I Didn’t Love You.” Both kids had small guitars in their hands, which they played while singing their little hearts out.

Memphis briefly interrupted their performance to exclaim, “I’m singing like my daddy!” before he started singing with his sister again. How precious!

Head below to watch the video of Memphis and Navy singing “If I Didn’t Love You.” These kids are too cute!