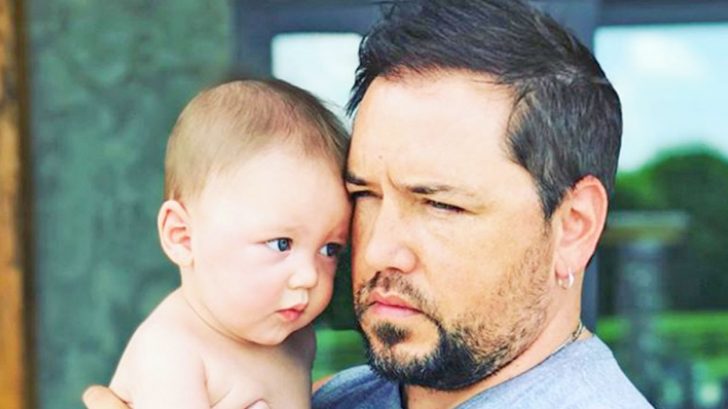 Since his December 1, 2017 birth, Memphis Aldean has been displayed on his parents’ social media accounts for all to see. And who wouldn’t want to post pictures of him? He’s so adorable!

Country star Jason Aldean and his wife Brittany love sharing updates about their almost nine-month-old son, who is actually gearing up to be a big brother soon! Yep, Brittany is already pregnant with their second child together – Jason’s fourth. The newest Aldean baby will join Memphis and big sisters Keeley and Kendyl, Jason’s daughters from his first marriage.

Jason has proved time and time again that he is a hands on dad, even bringing Memphis to work with him to film the show Buck Commander.

Memphis helping me out with my interviews today for the new season of @officialbuckcommander . #buckcommander

Just when we thought Jason and Memphis couldn’t get any cuter – they do!

In a new Instagram story on Brittany’s account, she captured a sweet moment between father and son as they were relaxing on the couch. Holding Memphis in his arms, Jason rubbed his little back and Memphis clung to his daddy’s neck and wouldn’t let go!

If this doesn’t warm your heart, we don’t know what will! Watch the sweet moment in the video below.

This is adorable! Little #MemphisAldean and daddy Jason Aldean – my heart has melted! pic.twitter.com/MCCjg4ajFW