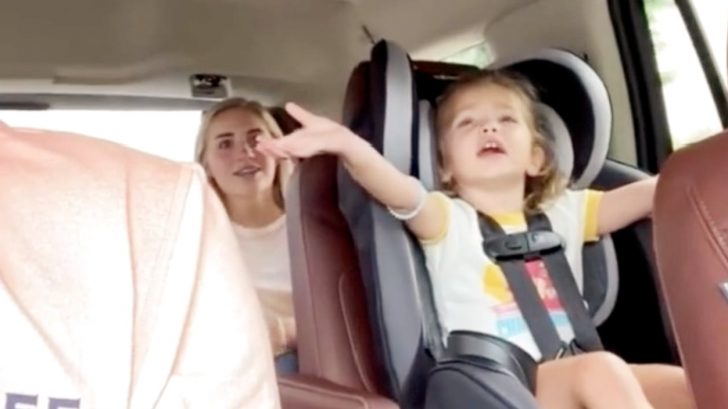 In March 2021, Jason Aldean‘s wife, Brittany, shared a video of their then-two-year-old daughter Navy proudly singing the “Happy Birthday” song while playing with a shoebox in the closet.

“Singing runs in the fam,” Brittany captioned the clip.

Retweet if you want to see an Aldean and Navy duet?! We sure do! pic.twitter.com/H51kNj8D0t

Few people know that Brittany once pursued a singing career as well. She auditioned for the 11th Season of American Idol, and earned a golden ticket to Hollywood. But she was eliminated from the competition fairly early in the season.

With two parents in her life who love music, it’s no wonder why Navy seems to enjoy singing as well.

In the summer of 2021, Jason posted a video of his baby girl singing her heart out while riding with them in the car. She was belting “Let It Go,” the megahit song from the 2013 Disney film Frozen.

“And so it begins…… The Aldean music bug strikes again,” Jason captioned the video along with a shrugging emoji.

Even though Navy was in the car with her family, she sang with no hesitation. You can see her big sister, Kendyl, in the seat behind her, and her reaction was just as priceless as Navy’s performance!

Navy didn’t hold back when she went for the high notes, and enthusiastically threw her arms into the air during those moments.

Watch Navy’s adorable (and impressive) performance below. There’s no denying how much she loves singing!