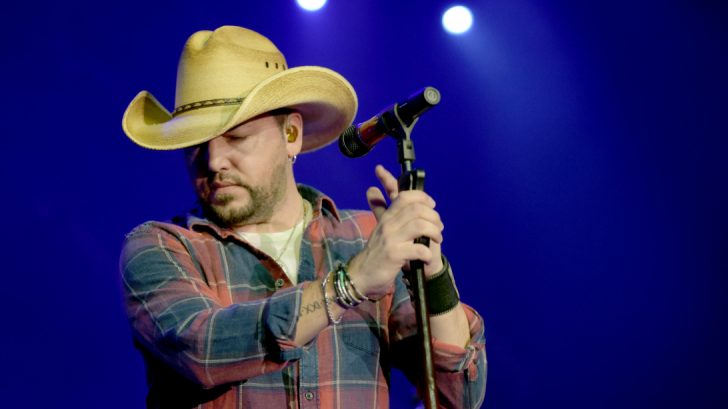 Country music star Jason Aldean was performing on stage during Route 91 Harvest Festival in Las Vegas in October when gunfire erupted. 58 people were killed and hundreds were injured during the mass shooting. One of the injured was Jovanna Calzadillas.

Calzadillas, a married mother of two, suffered a gunshot wound to her head that pierced the left side of her brain. In the months since the shooting, Jovanna has defied the odds and is making a miraculous recovery. In fact, doctors encouraged Calzadillas’s husband to remove her from life support because she had a non-survivable injury. But, her husband didn’t listen, and she continues to improve every day. While receiving treatment at Barrow Neurological Institute in Phoenix, Calzadillas welcomed an unexpected visitor…..Jason Aldean.

Aldean was in Phoenix for the Country thunder Music Festival and took the time to visit Calzadillas and present her with an autographed guitar. News of the visit was shared on the Barrow Neurological Institute Facebook page.

“Country music artist Jason Aldean made a very special trip to Barrow today to visit patient Jovanna Calzadillas and her family. Jovanna has made a remarkable recovery at Barrow after being shot in the head at the Las Vegas Route 91 Harvest Festival in October where Aldean was the headliner,” the institute wrote.

In the photo, Calzadillas and her husband, police officer Frank Calzadillas, posed with Aldean and the signed guitar.

Jason Aldean will be returning to Las Vegas next weekend (April 15) for the Academy of Country Music Awards where he is slated to perform and hopes to his continue his reign as ACM Entertainer of the Year.

Watch Jason Aldean’s perform “I Won’t Back Down” by Tom Petty below, a song he dedicated to victims of the Route 91 Harvest Festival shooting.