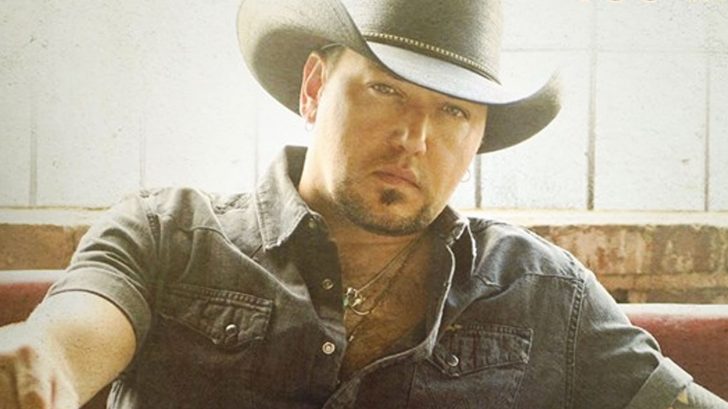 Just a couple days ago, country star Jason Aldean announced his High Noon Neon Tour, which made fans believe that he was ready to release new music very soon! Well, that day came sooner than expected.

Taking to social media early Friday morning (Jan. 26), Aldean announced that he had released a brand new single titled “You Make It Easy.” Written by Florida Georgia Line’s Tyler Hubbard and Brian Kelly, as well as Morgan Wallen and Jordan Schmidt, Aldean thanked them for letting him cut the song in a video posted to his Facebook.

“You Make It Easy” is a bluesy love song with heart-melting lyrics like, “You’re my sunshine in the darkest days / My better half, my saving grace / You make me who I wanna be / You make it easy.”

Along with releasing a new single, Aldean also announced his upcoming eighth studio album, Rearview Town, which will drop on April 13.

Aldean described his new album in a press release by saying, “Growing up in Macon, Georgia, I had a chance to learn about so many different styles of music. Looking back on first playing in bands as a teenager, I was just soaking everything up. A lot of that comes out on this record…where I’ve been, and who I am now.”

Immediately after dropping “You Make It Easy,” comments flooded in from fans approving of the new song, and slightly different sound. We predict that this song will be played at many weddings in the near future!

Not only did he release the single to all streaming platforms, Aldean also dropped a lyric video for the romantic song on YouTube. You can watch it below.