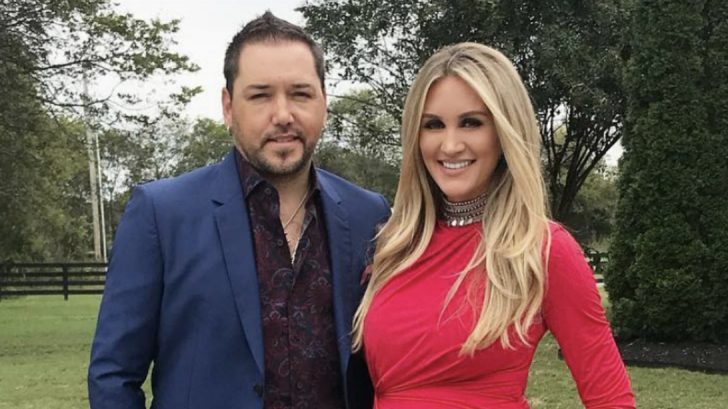 Congratulations are in order for Jason Aldean and his wife Brittany as they welcomed a daughter on Monday (February 4)! Navy Rome was born at 12:45 pm and weighed 7 lbs. 12 oz., according to social media posts made by the proud parents.

Navy’s birth announcement included a photo of the adorable newborn who Jason said looks identical to her big brother, Memphis.

Today our family became complete as we welcomed our daughter Navy Rome to the world. Born on 2/4/19 weighing 7lbs 12oz and looking identical to her older brother. So excited to watch what life has in store for this little princess. ??

Memphis Aldean Williams? Born today at 1:29PM weighing 9lbs 5oz ??? There are truly no words for the love we feel?? Thanks for the amazing support @jasonaldean and enduring all the hand squeezing and nail digging? … HANDS DOWN THE HAPPIEST DAY OF MY LIFE!!!

Jason and Brittany chose to undergo in vitro fertilization again to conceive Navy, and they knew they wanted to have their children close in age.

The 41-year old country star and his wife announced that they had a second baby on the way in July. Their announcement showed Memphis donning a “Big Brother” onesie. “Sup everybody……. guess who is gonna be a BIG brother! #thisdude#aldeanpartyof6,” Jason captioned the photo.

Baby Navy joins the couple’s 1-year old son Memphis and Jason’s daughters from his first marriage, Keely and Kendyl, all of whom helped with the baseball-themed gender reveal in August, just a few weeks after the couple made it public that they were expecting.

Whats it gonna be? ⚾️

During a recent interview, Jason shared the inspiration behind his new daughter’s unique name, saying that he wanted his children to have uncommon, but not strange, names.

“I wanted them to have unique names,” he said. “Not weird, but unique, and with having a name like Jason, it didn’t get much more common, you know what I mean? I wanted them to have something a little cooler than that but not crazy, and I felt like both their names are different. I don’t know anybody else with those names.”

Congratulations, to the Aldean family!