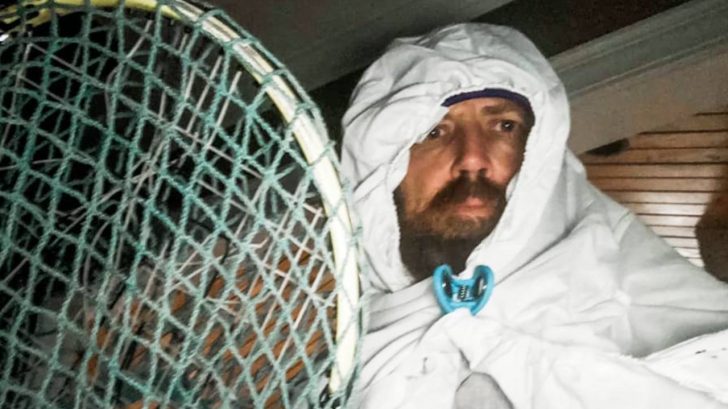 The guys from Duck Dynasty have been staying relevant to fans thanks to their podcast, Unashamed with Phil Robertson. He co-hosts the show with his dad, Phil, and his older brother, Alan, and it’s available every Sunday, Monday, and Wednesday on YouTube or wherever you listen to podcasts.

On the podcast, they tell stories about their lives from over the years, but also current stories, as well! Jase is a natural born story-teller and always has wild stories to tell. Sometimes, Phil doesn’t always believe him, but on Monday (June 14), Jase had proof of one of his outlandish stories!

He shared a video and a couple photos of his latest adventures, one of which being trying to catch bats that were loose in his house.

“Bats!” he said in the video. “They’re coming in my house I guess from the chimney. I’ve already been attacked. They just keep coming from everywhere. Tons of bats. I’m not sure what to do about this!”

One photo he shared was of him dressed in a bedsheet to protect himself!

While Jase was scared, the way he told the story was hilarious, with lots of fans commenting on his post telling them that his story was so funny, they listened to the podcast twice!

See the video of the bat infestation below!