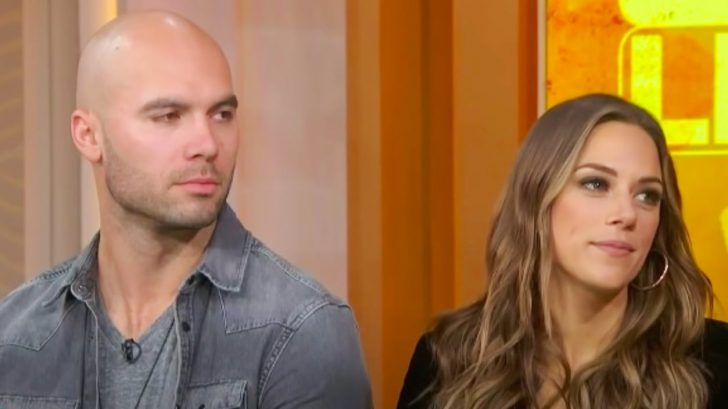 When Jana Kramer seemingly announced her split from her husband Mike Caussin, her fans were quick to assume he had been unfaithful.

Jana and Mike previously separated in 2016 due to his infidelity. They remained separated for several months while he sought treatment for sex addiction.

The couple reconciled in 2017 and renewed their vows that same year. They share two children, Jolie (age five) and Jace (age two).

In the years that followed their reconciliation, Jana and Mike continued to experience their share of ups and downs. They openly talked about their struggles on social media, on their podcast Whine Down, and in their 2020 book The Good Fight.

However, on April 21, 2021, Jana put up a post on social media saying she has “nothing else to give” after fighting for so long.

The opening of her statement is what made fans think Mike had broken Jana’s trust and cheated once more:

“‘It’s time,'” Jana wrote. “As I try to make sense of a reality I never wanted to believe could be possible again, those words have now become a reality.”

On Monday (April 26) E! News obtained Jana’s divorce filing and published an article about its contents. The filing seems to confirm what fans suspected…Mike was unfaithful.

The filing indicates Jana listed her and Mike’s date of separation as April 20, which was one day before she announced their split on social media. These documents also show that Jana is seeking shared custody of their two children and requests Mike pay alimony and cover her legal fees.

Jana has remained fairly silent on social media since filing for divorce, though she has been sharing inspirational quotes on her Instagram Story. She also shared two videos of her kids playing in the pool.

Learn more about Jana and Mike’s divorce by watching the report below.