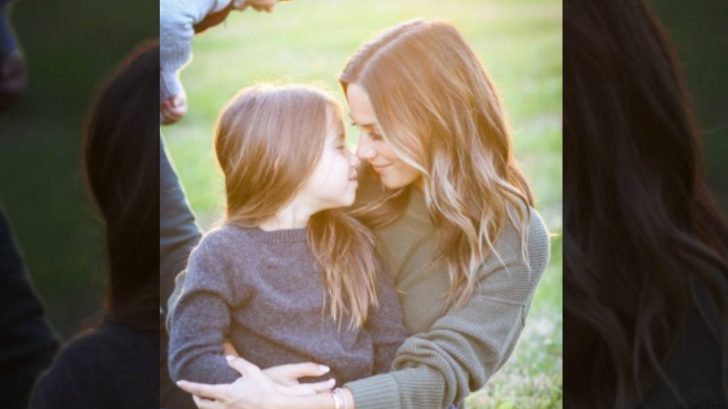 Like many parents, country singer Jana Kramer and her husband Mike Caussin took advantage of the great weather this week and took their two kids to a nearby park.  This happened to be the normal park they go to and have come to “know and love.” Kramer and Caussin are parents to 2-year-old Jace and 4-year-old Jolie.

Going to the park is a regular thing for this foursome, but recently, something incredibly scary happened to them and Kramer detailed it all in an Instagram post on Monday (Jan. 4).

“We had the absolute scariest thing happen today at the park,” she began. The “I Got The Boy” singer prefaced that she and Caussin “watch my kids like hawks,” but Jolie was running around a play house, so it was kind of hard to always keep an eye on her.

“But then the next minute a lady walked up to me and said ‘Your daughter just got into a white SUV’. My heart went straight to my gut,” she wrote.

Kramer said she ran as fast as she could to the parking lot and saw Jolie and her new friend coming around from the back of the white SUV, which belonged to the mom of Jolie’s new friend.

She called the scary incident an “eye-opening experience, especially for someone like me who is super present.”

She continued, “Literally in a blink of a second…that’s how fast a kid could be taken. Thank God that’s not what happened here and the little girl Jolie was with just wanted to see her mom but it’s a reminder for all of us to stay present, be aware because they might not end up like today and be watchful like the amazing mom that came up to me.”

Kramer explained that she and Jolie have now had the discussion about strangers and to never leave anywhere without her or Caussin.

“I’m grateful we had the talk today,” she said.

We are glad Jolie is okay. We can’t imagine how scary this was for Jana and Mike! See her full post about the incident below.