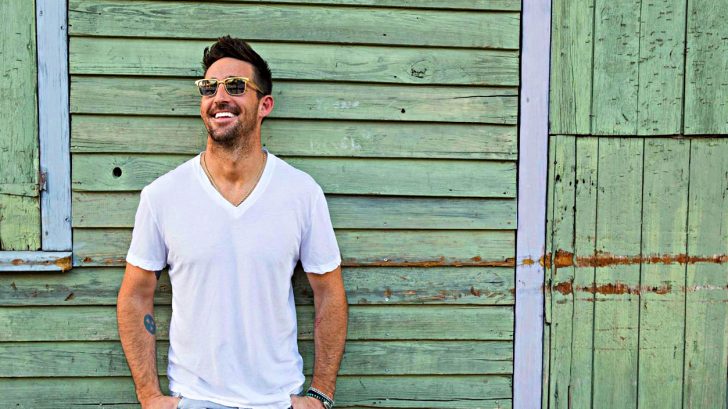 After he sold the massive Nashville estate he and other country legends had lived in, he downsized in a way that nobody saw coming!

The 36-year-old Florida native formerly lived in Loretta Lynn’s old Nashville mansion, but recently sold it and moved into a brand new home he bought – but when you hear how small it is…your jaw will drop!

Jake Owen has been taking some down time following the success of his 2016 album, American Love, and he’s been focusing on his daughter and several other business ventures besides his recording career. Part of his recent life changes included offloading the 4,918 square-foot Nashville estate and moving into a house that is substantially smaller than a single-wide trailer.

Speaking with Bobby Bones on February 28th, 2018, Jake explained what in the world made him pick out a house that’s less than 10% the size of his old house!

As it turns out, Jake had the tiny house delivered to a massive plot of land he purchased and has been living in it ever since. Part of the reason for the sudden downside had to do with how fast he sold his old mansion – but wait until you hear why he loves living in it so much!

Jake says that he’s only living in the home temporarily while his future permanent home is being built – but who knows when that will be finished!

Watch Jake Owen’s full interview with Bobby Bones below and let us know what you think of these tiny homes!

Even Jake Owen is embracing the tiny house lifestyle!