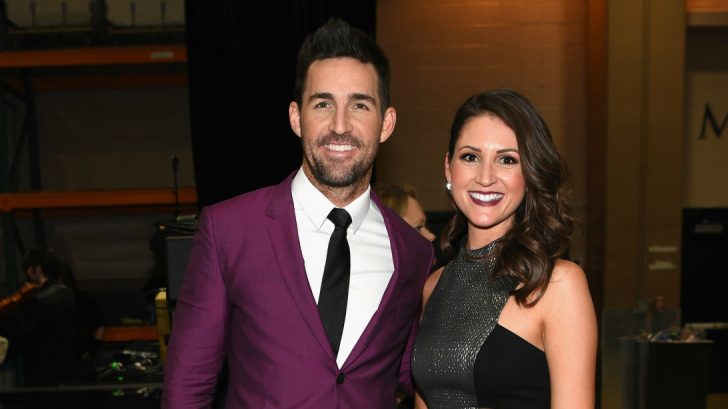 Congratulations are in order for country singer Jake Owen and his girlfriend, Erica Hartlein. The couple welcomed their first child together, a baby girl, on Monday.

Owen shared the exciting news on Twitter along with well-wishes for country great Willie Nelson who now shares a birthday with baby Owen.

It's a Willie great day!!

Baby Paris Hartley is the first child for Hartlein and the second for Owen who is also dad to 6-year-old Pearl. Owen often shares glimpses into his life with Pearl with photos and videos posted to social media.

The 37-year-old country singer told PEOPLE that he’s much more calm this time around. He attributes the lack of nerves to now having experience as the dad of a daughter.

“To be blessed with another beautiful little girl is a big deal because I do think that it takes special men to be a great dad to a little girl,” he says. “And I feel like, thanks to Pearl, she’s shown me how to be a good father to little girls, and I’ll be a great father to Paris because of that.”

Owen met Hartlein, an interior designer in Nashville, while looking for some furniture after his 2015 divorce. He recalled the moment they first met on the All Our Favorite People podcast.

“I remember looking at her. I was just intrigued by how beautiful she was and how she was holding court in that store that day and telling people what they needed to do. I was like ‘Wow, she’s got a lot going for her. She’s confident,'” Owen said. “But, I never actually ever said anything to her about it – it was flirtatious until it was a few weeks after that. It was after she was helping me. I was in the store, and I said ‘Hey, you wanna get a beer sometime? I don’t know if that’s professional enough to ask because you’ve only helped me in a professional way, but I figured if I didn’t ask you for beer, I’d never know if you would wanna go get one.’ She was like, ‘Sure, let’s go.’ So, we went to the Red Pony in Franklin.” And, as they say, the rest is history.

Congratulations to Jake, Erica and Pearl!