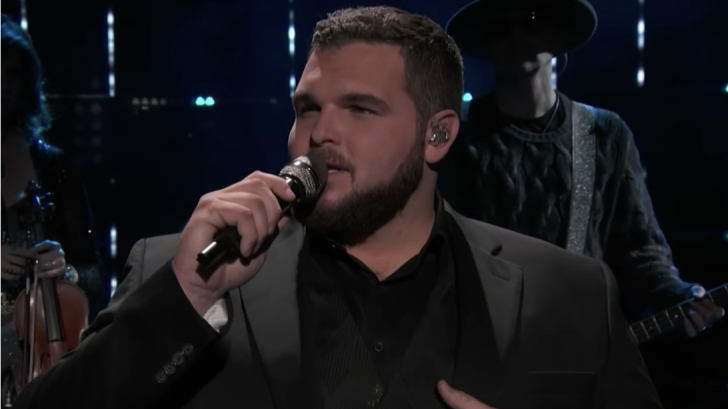 In less than 24 hours a new Voice champion will be crowned, and the competition’s lone remaining country artist is hoping that the honor will be his.

Team Kelly’s Jake Hoot entered the competition with a stunning cover of Luke Combs’ “When It Rains It Pours.” Surprisingly, Hoot only received a one-chair turn during his Blind Audition. But, the Cookeville, Tennessee, native has continually nailed his performances week after week with covers of songs such as Willie Nelson’s “Always On My Mind,” “Desperado” by the Eagles and Trace Adkins’ “Every Light in the House.” His consistency has garnered him a loyal country music fan base that he is hoping will carry him all the way to winner’s podium.

Monday night’s Voice episode marked night one of the Season 17 live finale. With three performances left to try to win over America, the final four pulled out all the stops. Each artist was required to perform a cover song, and original song and a holiday-themed duet with their coach. For the first time in seven seasons, each of the four coaches have a contestant in the finale making the final round of competition more intense than ever.

Jake Hoot seemed unfazed by the pressure as he took the stage to perform a cover of Lonestar’s 1999 hit “Amazed.”

“I love you, Jake Hoot!” Clarkson told the singer following his performance. “You are everything I grew up on in country music. It’s classic and beautiful. I cant believe you were a one-chair turn but I’m so glad you were, so I didn’t have to fight anyone.”

Hoot battled it out in the final four against Team Legend’s Katie Kadan, Ricky Duran of Team Blake, and Rose Short from Team Gwen.

A new Voice winner will be crowned Tuesday night (December 17). Tune in to see if Kelly Clarkson will take home her third win as coach with Jake Hoot.