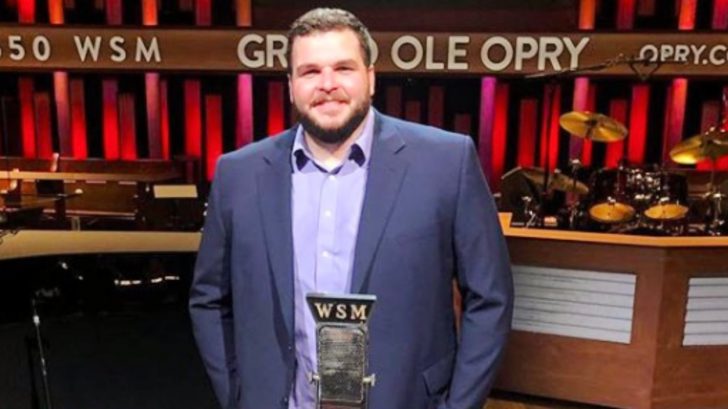 When Jake Hoot won The Voice in December 2019, he walked away with a record deal and a $100,000 cash prize. When asked by Newsweek what he planned to do with the prize money, Hoot had something specific in mind.

I dont even have words. Utterly speechless. Thank you. From me and my family, thank you. This trophy, this win, this ride is just as much yours, as it is mine. To @rickyduran @katiekadanofficial @iamroseshort and everyone else who was on this season, I love yall, fam! Wow! Yep, that just happened! I love all yall!! @nbcthevoice #season17 #didthatjusthappen #isthisreallife #sograteful #iloveallyall

“I’ve had my eye on a house back home in Tennessee that’s from the early 1900s,” Hoot said. “I think it was actually built in 1900. So that will be a nice little down payment on that,” he said.

That old home is likely located in the Cookeville area, where Hoot has lived since he attended college at Tennessee Tech. He was asked by CMT if he’d ever move from Cookeville to Nashville now that he is a Voice champion with a budding music career. His response? “No…“

“Cookeville has been great for me. It’s so beautiful, and the people are so kind and so giving,” he said. “It’s growing, but still has that small town feel. It’s a very special place. I thought I’d want to leave after I graduated from Tennessee Tech, but now I don’t know why I’d ever want to leave.”

What. A. Night. Getting to sing one of my all time favorite Eagles songs, closed out the show, and hit #1 on the Country charts and #1 on the All Genres charts! I cant even process everything! All I can say is thank you, thank you, THANK YOU!! Yall made all this possible!! Voting is still open on all 4 methods, so please keep voting!! I love all yall!! @nbcthevoice #nbcthevoice #theeagles #desperado #1onitunes #yallarethebest #topofthecharts #hoothoothoot #teamhoot

Cookeville is also the place where Hoot has worked for the past six years, and continues to do so.

That’s right…Hoot decided to keep his “day job” after winning The Voice. While some past champions choose to leave their old lives behind in full pursuit of their music careers, Hoot didn’t feel that same desire.

So why did Hoot decide to work and sing at the same time? As he explained in his interview with CMT, it’s because he loves his job.

“I’m a sales executive for the radio stations in Cookeville (WGSQ and WKSW),” he said. “Being on The Voice has been hard because I love spending time with my clients. Just going to sit and talk and catch up and what not. It’s all about building those relationships. God tells us to be good stewards of what were given, and so I actually want to see my clients succeed.”

Though Hoot does admit his job has become a bit more challenging ever since he won The Voice. And that’s because people who visit always stop and ask him for autographs!

“But now, I get there and people want to take pictures and get my autograph,” he said. “Which is awesome, and I’m grateful, but that makes it hard to get my work done.”

When Hoot isn’t at work, he’s busy performing and sharing his songs. He just made his Grand Ole Opry debut on February 4, and the performance was a highlight of his life.

Jamie Dailey of Dailey & Vincent surprised Hoot during a radio interview to invite him to make his Opry debut. Hoot broke down in tears and thanked Dailey profusely.

You can watch that emotional moment below. A huge congratulations to Hoot on all he has accomplished!