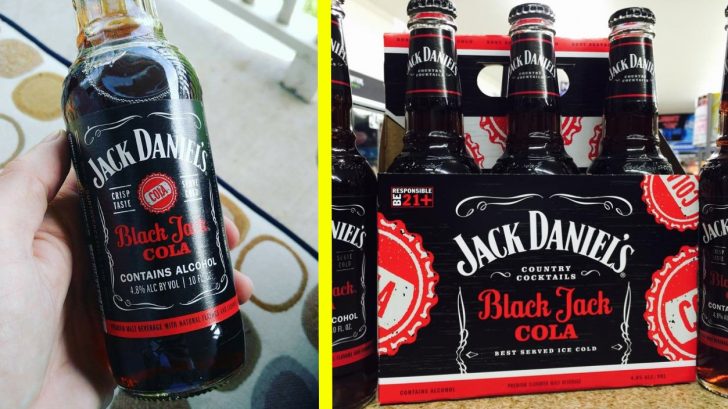 Black Jack Cola has officially hit the stores again and it’s right in time for the summer! I know you may be wondering, “What is this sorcery?” But listen, you’ll never know if you’re going to like it or not until you try it.

The cocktail was designed to give you a similar experience to what it would be like if you were to drink a Jack Daniel’s whiskey with a sweet, bubbly, Coca-Cola. The drink has an alcohol percentage of 4.8% and is said to have a lemon-line twist in addition to the classic flavor.

They come in a convenient six-pack that you can carry with you to the creek, river, or wherever you go to meet up with your friends. If they haven’t seen or tasted it yet, then they’re going to be in for a surprise.

According to Walmart.com, the drink has a 4.2-star rating and apparently comes in more flavors than just Black Jack Cola. The other flavors include Watermelon Punch, Southern Citrus, Southern Peach, Downhome Punch, Berry Punch, Chery Limeade, and Lynchburg Lemonade.

Jack Daniel's Country Cocktails are back at TFC!http://www.jackdaniels.com/

Jack Daniel’s said the cocktail was designed so that consumers would have a premium quality brand of alcohol that was conveniently ready to drink without having to mix it up yourself. You can now go to the store and purchase the six-pack and be on your way.