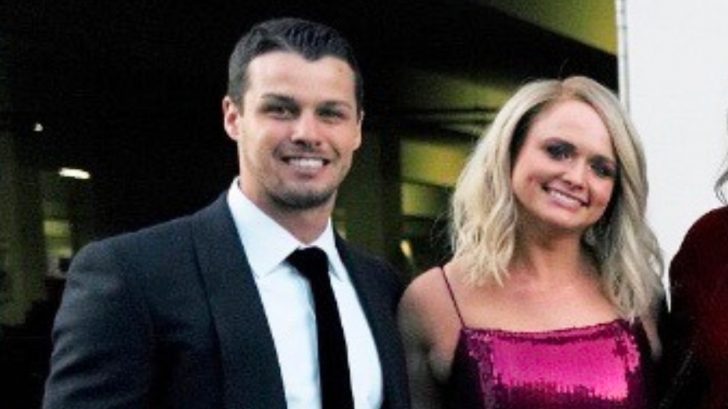 Miranda Lambert shocked the world when she announced on February 16, 2019 that she had gotten married to the “love of [her] life.”

“We got hitched,” she tweeted. “My heart is full. Thank you Brendan Mcloughlin for loving me for…me.”

In honor of Valentine’s Day I wanted to share some news. I met the love of my life. And we got hitched! My heart is full. Thank you Brendan Mcloughlin for loving me for…. me. ❤️#theone pic.twitter.com/EgcerqUqEd

Since the announcement, she and her New York City police officer husband have stayed under the radar, and didn’t make their first official public appearance together until the ACM Awards in April.

Loved catching up with my friends last weekend! #countrymusicfamily pic.twitter.com/NxgzVCwEkQ

Lambert doesn’t often post about her husband, and they aren’t spotted out and about too often, which might be why rumors have circulated this week that their relationship is headed toward divorce.

Reports were circulating that a “source” close to the singer said that they couple “live completely different lives, almost a thousand miles apart…she’s in Nashville and he’s in New York.”

Other publications spotted the twosome in New York City looking “miserable.” The source also said that distance isn’t their only issue, seeing as he knows nothing about country music.

Well, Lambert’s representative has released a statement about the rumors, revealing that they are “completely made-up.”

Gossip Cop reports the rep said, “Not one iota is true. They are happy and together!”

We’re happy to hear their relationship is as happy as it looks on social media.