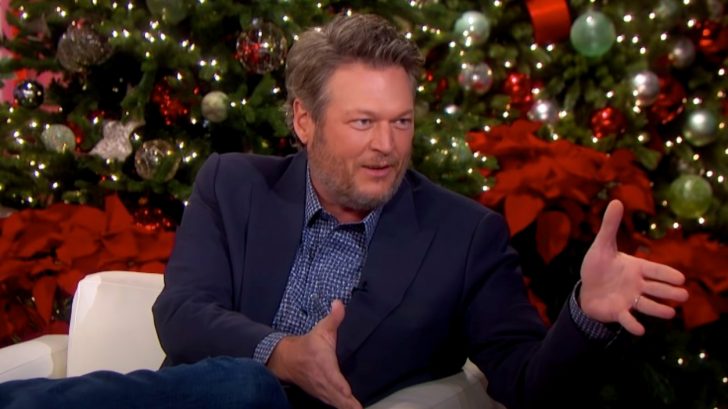 Looks like Blake Shelton is in the holiday spirit.

Over the course of his career, Shelton has only released one full Christmas album. That album was 2012’s Cheers, It’s Christmas. The album featured collaborations with Michael Bublé, Reba McEntire, and the Pistol Annies, among others.

Tracks from Cheers, It’s Christmas were repackaged for a smaller 2015 Christmas record called Blake Shelton Christmas. The repackaged album was exclusively available at Kohls, and proceeds went toward the store’s Kohl’s Cares initiative.

On top of releasing his own holiday music, Shelton released a Christmas duet with his now-wife, Gwen Stefani, in 2017. The song, titled, “You Make It Feel Like Christmas,” has been certified Gold by the RIAA.

Now, it seems like Shelton is gearing up to release something new for the 2022 holiday season. On Wednesday (November 2) he took to social media to share a photo of what appears to be a recording setup. The studio was decorated with a Christmas wreath and colorful Christmas lights.

Shelton captioned the picture, “I guess it’s about that time of year again…”

The picture got Shelton’s fans buzzing…is he teasing the future release of a new Christmas album or song? It sure seems like it!

While we wait to see if Shelton releases any new music this holiday season, head below to watch his and Stefani’s official music video for “You Make It Feel Like Christmas.”