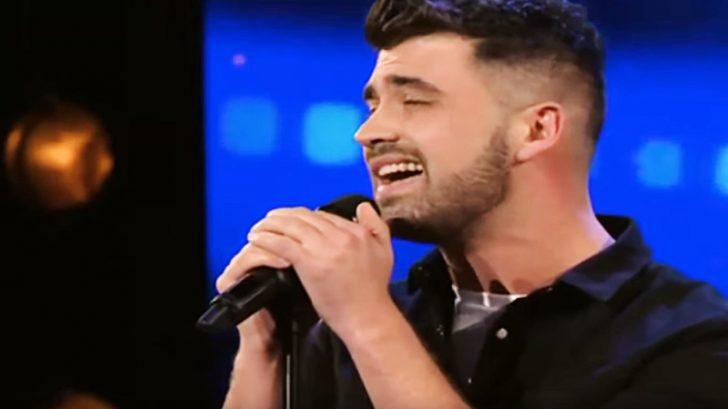 This 29-year-old Irish heartthrob earned his own spot in the live shows after just one single performance of this beloved country music masterpiece.

Christopher King, an Irishman from Limerick, appeared on the very first series of Ireland’s Got Talent in March 2018 – and performed a Keith Whitley hit that stole the hearts of everyone watching and even scored a Golden Buzzer press from an unexpected source!

King, who had found a small amount of internet fame after his own cover of “Don’t Close Your Eyes” went viral on Facebook – decided to audition for the inaugural series of IGT after finding out that two of the judges shared the same name as his two sisters.

The show features longstanding Britain’s Got Talent and X-Factor judge Louis Walsh, Michelle Visage, Jason Byrne, and Denise van Outen – all of whom have had experience in show business and music in one way or another.

'Don't Close Your Eyes' for this next segment! Ireland's got Talent star & country singer Christopher King will be joining us to discuss his success since finishing the show and his news single – "Don't close your eyes"! #IrlAM pic.twitter.com/QenAAKmD6g

Immediately after introducing himself to the panel and audience, he soared into this beautiful performance of Whitley’s 1988 hit song – and instantly folks began to swoon!

Not only is he a handsome fella, but he’s sure got a set of pipes on him! IGT host Lucy Kennedy clutched herself as she exclaimed: “He’s perfect in every way!”

The stunning performance was loved by all the judges – with Walsh explaining that he wasn’t note-perfect during it but chalked it up to a result of nerves.

My Mam is literally Facebook stalking Christoper she said if only she was 28 again ? #GotTalentIRL

Right as they were about to take a vote on the young singer’s dreamy performance, Kennedy hauled the mail across the stage and out front – shouting at the judges “Whoa, whoa whoa!”

She walked straight toward the judges table and slammed the Golden Buzzer for him. “Don’t you even think about judging him – he is mine!”

“I met him backstage and I really like him as a person.  I love his voice and I know he’s nervous and I hear the nerves in his voice. But I know in my heart this boy will be in the final.  I know it.”

Christopher was so choked up by the outpouring of love and support from the crowd and Lucy Kennedy that he could barely eep out a sentence!

Watch this amazing Golden Buzzer moment on Ireland’s Got Talent below – and let us know what you think in the comments!

The moment a nation fell in love with Christopher King

WATCH: The moment a nation, and Lucy, fell in love with Christopher King… Here's his Golden Buzzer performance in full!All New: Ireland's Got Talent, continues Saturday at 7.30pm on TV3.