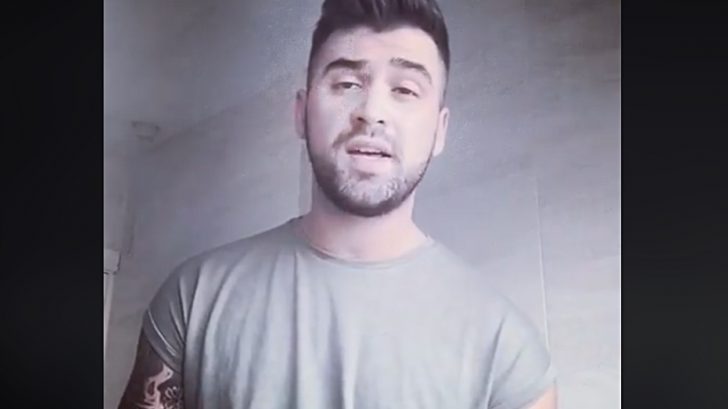 This 29-year-old Irish heartthrob earned his own spot in the live shows after just one single performance of this beloved country music masterpiece.

Christopher King, an Irishman from Limerick, appeared on the very first series of Ireland’s Got Talent in March 2018 – and performed a Keith Whitley hit that stole the hearts of everyone watching and even scored a Golden Buzzer press from an unexpected source!

The host, who slammed the golden buzzer following his audition was completely smitten with him and he was automatically added to the live semi-final rounds – but his story doesn’t end there!

King has been gaining a steady following on social media after various videos have gone viral and that random internet fame pushed him to audition for the talent show, which clearly was a great idea.

For some time now, King has been uploading videos of him performing various covers of country songs and many of those have garnered significant attention – especially now that he’s nationally known in Ireland and across the U.K.

'Don't Close Your Eyes' for this next segment! Ireland's got Talent star & country singer Christopher King will be joining us to discuss his success since finishing the show and his news single – "Don't close your eyes"! #IrlAM pic.twitter.com/QenAAKmD6g

Along with his now-famous video of him singing Keith Whitley’s “Don’t Close Your Eyes,” King released a heart-melting cover of one of his favorite country classics: “He Stopped Loving Her Today.”

This signature George Jones song is one that has become known throughout the world of music as a true example of the style and sound that country music was built on – and remains a timeless part of our history.

Watch one of IGT’s star performers sing his heart out in this video below – and tell us how you think he did!

He stopped loving her today. One of my favourite songs ❤ Country music alllll the way