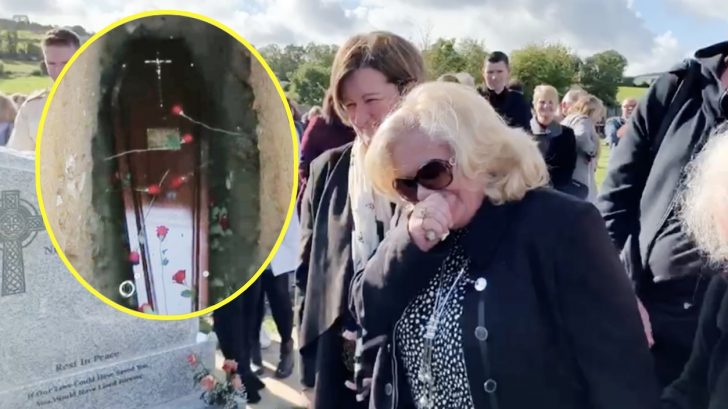 If this is how he wanted to be remembered at his funeral, we can only imagine what he must have been when he was alive.

Irish Defense Force veteran Shay Bradley sadly passed away on October 8 after a long battle with an unknown illness. His friends and family gathered the weekend of October 12th to say their final goodbye and lay him to rest.

A family man, Shay had four children and was a proud grandfather, too.

Apparently, Shay was quite the prankster and wanted to get the last laugh at his own burial. After his casket was lowered into the ground, and people tossed roses on top of it, a recording started playing that confused everyone. After they realized what was happening, everyone was in a fit of laughter.

There was a banging noise, as though Shay was banging from inside the coffin!

The banging and yelling went on for a bit, and he even broke out into his own rendition of Neil Diamond’s “Hello Again.”

His daughter Andrea uploaded the video to her Facebook saying, “My dad’s dieing [sic] wish, always the pranksters, ya got them good Poppabear… and gave us all a laugh just when we needed it!! I will love you forever #shayslastlaugh”