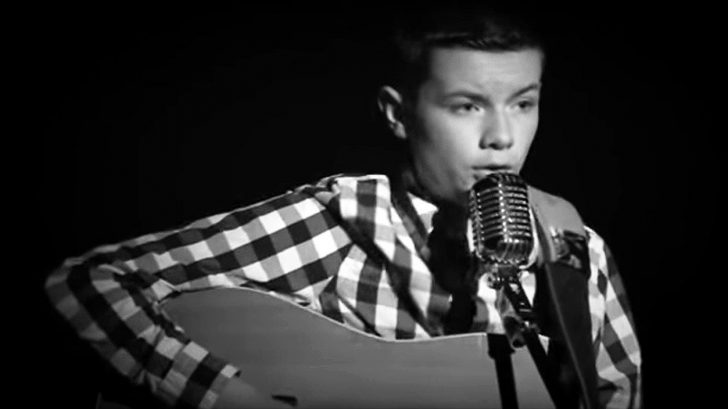 A talented young man from Ireland named Keelan payed a stunning tribute to one of the finest vocalists to ever grace the genre of country music, delivering an incredible rendition of George Jones’ “Who’s Gonna Fill Their Shoes.”

Donning a flannel shirt while armed with his acoustic guitar, the young vocalist showed off his deep vocals while perfectly executing even the most difficult notes the song requires. The video – created by Steve Bloor Media Productions – was shot entirely in black and white, giving a classic feel to the modern performance.

Throughout his masterful performance, footage of the country music legends referenced in the song flash across the screen, including greats such as Waylon Jennings, Willie Nelson, Hank Williams, and more.

“Who’s Gonna Fill Their Shoes” was recorded by Jones’ as the title track to his 1985 album and the song reached international success, peaking at number three on Billboard‘s country chart.

You can listen to Keelan’s rendition of “Who’s Gonna Fill Their Shoes” below.