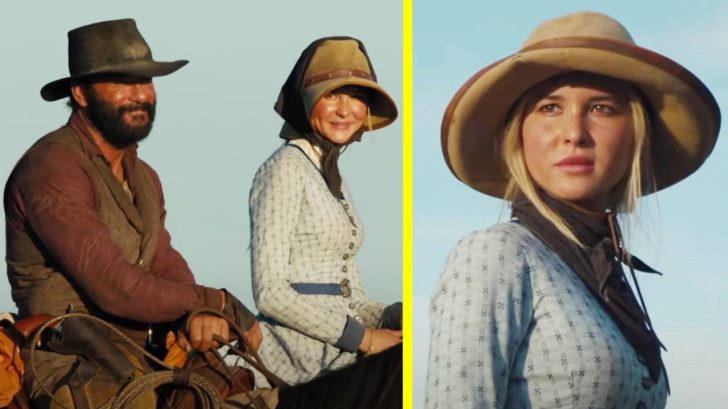 The past couple weeks, when people would talk about the Yellowstone prequel series 1883, we see headlines about Tim McGraw, Faith Hill, and even Sam Elliott. But, there is another actor who needs to get just as much recognition. She plays Elsa Dutton, the daughter of Tim and Faith’s James and Margaret Dutton.

Elsa Dutton is played by newcomer Isabel May. While she does play the Dutton family matriarch and patriarch’s daughter, her role on the show is huge. In fact, she is the narrator! You can hear her voice-overs in the trailer.

Unlike the rest of her famous – and legendary – co-stars, 22-year-old May is relatively new to show business. So much so that in an interview with Entertainment Weekly, she said, “I’m as unknown as you can possibly say.”

According to her IMDb page, she only has eight credits to her name: movies Age of Summer and Let’s Scare Julie, a nine-episode stint on Young Sheldon, and her biggest role prior to 1883 – a starring role in a Netflix show called Alexa & Katie, which ran for three seasons.

But, it turns out she didn’t even audition for 1883! She actually auditioned for creator Taylor Sheridan’s other Paramount+ series Mayor of Kingstown. She didn’t book that role, but Sheridan knew he had found Elsa Dutton after meeting her.

And right when she booked the role, she immediately started horseback riding lessons, seeing as she had never even ridden a horse before! Her character is supposed to be a great horsewoman so she knew she had to put in the work.

“I’m one of those kinds of people that when it comes to picking something up, I’m not really intimidated by it. I’ve been very fortunate in that I picked it up very quickly,” she told EW. “For some reason, it felt organic and natural. And just observing the wranglers that we have, you pick up little things and then you can pretend that you actually know what you’re doing.”

May hails from Santa Monica, California, so she also had to work on her dialect, taking lessons from a professional dialect coach to make sure she got the accent.

“I really wanted to get the accent right. I tried to figure out how to sound like Tim and Faith to a degree, but also sound like I’m from Tennessee and like a young girl in 1883. Our version of the Tennessee accent today doesn’t sound like what it would at that time. So it’s just kind of an amalgamation of things.”

Speaking of Tim and Faith, she had NO clue who they were before filming started!

“I’ve never listened to a song of theirs, so I didn’t have any expectations, which I’m really glad because they’re just like mom and dad on set. They’re incredible people. They’re not, you know, music stars, which was really nice.”

After seeing the first two episodes of 1883, we cannot wait to see where Elsa’s storyline takes her and we think Isabel May is the perfect person to bring that story to life.

See an interview with Isabel below.