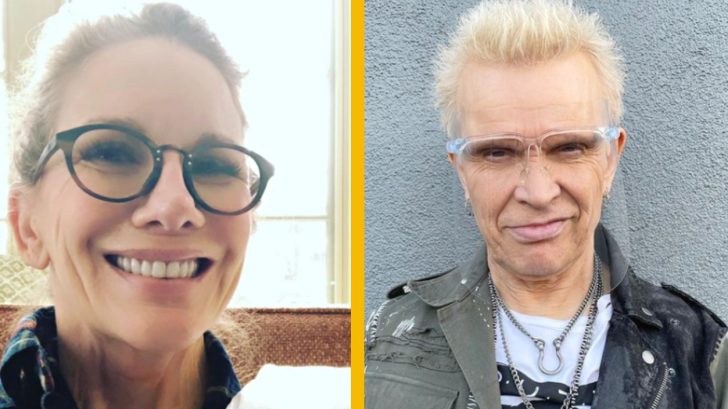 Melissa Gilbert became America’s sweetheart while portraying Laura Ingalls Wilder on Little House on the Prairie, so when Gilbert began to date Billy Idol, she raised more than a few eyebrows.

Gilbert first met Idol while out with a friend. The two were seated in the musician’s VIP area, and eventually, Idol and Gilbert struck up a conversation.

“My first thought was wow, he is gorgeous,” the actress wrote in her memoir, Prairie Tale.

Gilbert was pleasantly surprised by Idol. Previously, the actress had known Idol by his bad-boy reputation. Gilbert recalled her first impression of the rocker in her memoir.

“He impressed me as a sweet, gentle, and soft-spoken charmer,” she admitted. “He wanted to know all about Michael Landon and he asked what it was like to grow up on television.”

By the end of the night, the two stars exchanged numbers. After a couple of days, Idol called to ask Gilbert out on a date, and instantly, the pair fascinated fans with their brief relationship.

“The tabloids had a field day trying to figure us out. In the public eye, we were the ultimate odd couple,” she wrote.

Gilbert admitted that she began to question her relationship with Idol while at a party he threw in Beverly Hills. Gilbert described the party-goers as “out of control” and was bothered by the “glimpse of darkness” she witnessed. After the party, Idol took the actress to Rick James’ house, which Gilbert described as “the scariest place [she’d] ever been.” Ultimately, Gilbert realized that she had to end her romance with the musician.

How did I miss this? Melissa Gilbert & Billy Idol used to date back in the day? info from #dwts. Rebel Prairie indeed pic.twitter.com/pwcfcVjq

For more on Gilbert, check out the video below and relive one of her first Little House on the Prairie screen tests.