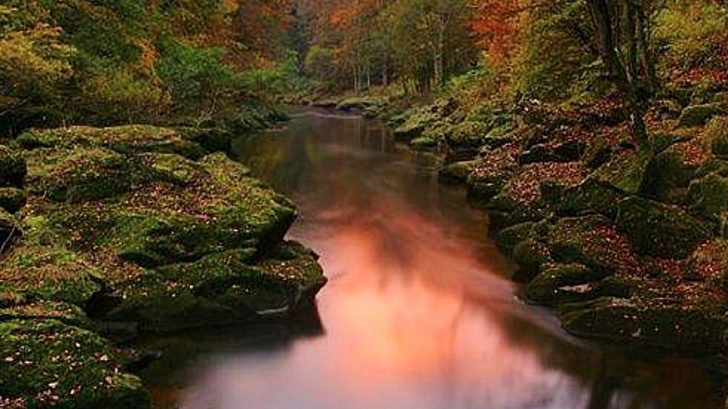 There’s a small stream between Bolton Abbey and the Barden Tower in Yorkshire, England called The Bolton Strid and it’s well known for being the most dangerous stream in the world.

It’s a small, “innocent-looking” mountain stream that’s about six feet wide and appears to not be harmful, however, it’s far from such. The stream is very deep with underwater caves, chasms, and fast-moving currents.

Every person who has reportedly fallen into The Strid has never come back out and their bodies have never been recovered. It’s said once a person falls into it, the underwater currents pull the person down and then beats them against rocks along the bottom of the river. Some say below the surface, the river actually gets wider.

“This results in a deceptively narrow creek that is actually extremely deep and filled with whirlpools of water beneath the surface that would take a human body and slam it against the rocks, over and over… and over,” a commenter wrote in Reddit.

Nobody really knows how deep The Strid goes but it’s clear that the stream goes deeper than it appears to and holds a lot of water. The stream is only six feet wide for 300 feet then it turns into a 30-foot wide river that’s still very deep. Learn more about The Strid in the video below!