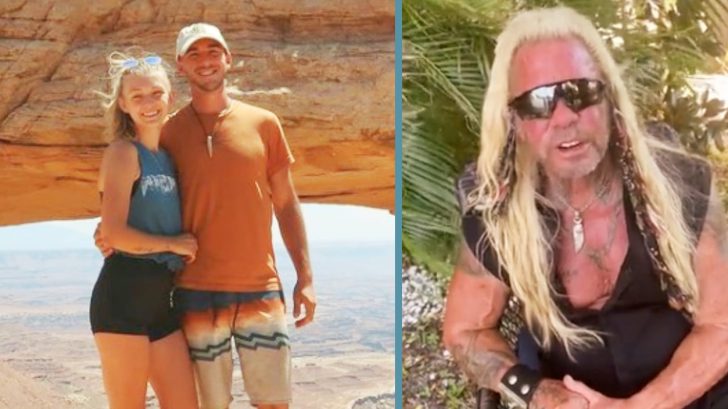 22-year-old Gabby Petito went missing while on a road trip with her fiancé, 23-year-old Brian Laundrie. Brian eventually turned up at his parents’ house in North Port, Florida while driving the van he and Gabby took on their trip. But Gabby was not with him.

Gabby was reported missing on September 11. Her body was discovered eight days later (on September 19) in the Bridger–Teton National Forest in Wyoming. Teton County Coroner Dr. Brent Blue stated her manner of death was homicide.

In a press conference on Tuesday (October 12), Dr. Blue revealed that strangulation was the cause of Gabby’s death.

BREAKING: Autopsy determined that Gabby Petito's cause of death was strangulation and her death was a homicide, coroner says https://t.co/vbfKrQKsKS pic.twitter.com/pzO2RHAL5t

As for Brian, he remains a person of interest in relation to Gabby’s death. A federal arrest warrant was issued for him in relation to “alleged unauthorized use of a Capital One debit card and several accounts,” according to USA Today.

The problem is…Brian’s whereabouts have been unknown for weeks. An ongoing manhunt is underway as authorities try to locate him.

Duane Chapman, who is also known as “Dog the Bounty Hunter,” joined the manhunt in late September. But Dog’s search nearly came to a halt after he injured his ankle.

WFLA News Channel 8‘s Josh Benson spoke with Dog and tweeted he was going home to Colorado to visit his doctor. “Just got an update from Dog the Bounty Hunter’s team,” Josh said. “They say he’s headed back to Colorado soon to meet with his doctor after injuring his ankle in the search.”

In another Tweet, Josh said Dog had plans to leave a team behind in Florida so they could continue the search while he was away.

Team says he’s put together a talented network of local team members he calls the ‘Florida Team’ that will continue the search while he’s gone. He says he will continue to process leads in Colorado while he’s there. (2/2) #BrianLaundrie @DogBountyHunter

Dog’s daughter, Lyssa, also spoke about her dad’s departure from the search. She said he was returning to Colorado to “handle some business.”

Dad is headed back to Colorado temporarily to handle some business. ( Remember, he was in Florida on his honeymoon) We are still actively searching for #BrianLaundrie, leaving a team in place in Florida. As always, whatever I can share with you, I will ❤️

Dog spoke out following Dr. Blue’s press conference about Gabby’s cause of death. He appeared in a video Josh shared on Twitter, and you can watch that video below.

In a followup Tweet, Josh explained that Dog had changed his mind about going to Colorado. “Dog also said he decided to stay in #Florida and had a ‘change of plans and couldn’t bring himself to leave,'” Josh’s Tweet reads. “He confirms he’s still on the search here in Florida.”

Dog remains on the hunt for now.

Dog also said he decided to stay in #Florida and had a ‘change of plans and couldn’t bring himself to leave’. He confirms he’s still on the search here in Florida. (2/2) #GabbyPetito #BrianLaundrie