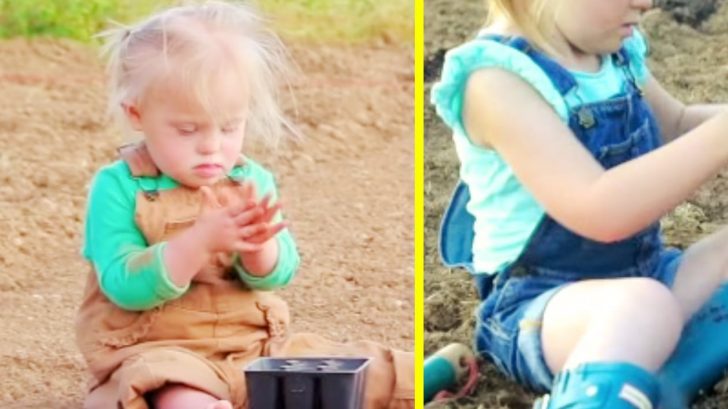 Joey Passes Along Passion For Gardening

Joey Feek loved working in her garden. As her husband Rory wrote on his blog This Life I Live, she would start preparing for springtime well in advance, often as early as January.

“By mid-January each year, she’s ordering seeds online or going to the Farmers Coop to stock-pile some of her favorites,” he wrote. “She’ll spend hours looking through catalogs and searching online for just the right ones.”

Joey planted her garden in a plot of land behind the Feek farmhouse in Tennessee, and treasured the time she spent there.

After Joey passed away on March 4, 2016, her garden was left to Rory and their daughter, Indy. The sweet little girl was only two years old when she joined her father to work on their first garden together without Joey.

Since then, Indy and Rory have maintained Joey’s garden and helped it flourish. Once the weather warmed up, they were anxious to get outside and start planting the seeds and plants they gathered for the year’s crop.

On Instagram, Rory shared that he and Indy had started work on Joey’s garden. He wrote that he was looking forward to getting started, since 2019 marked the first year that Indy was “old enough to be a big part of [the] garden.”

Based on the excitement Indy showed as Rory was preparing the garden, it seemed as though she’d be equally thrilled once they were finally able to start planting. And she was!

Indy Grows With The Garden

Once the planting began, Rory thought of a sweet idea to showcase how Indy has grown with the garden through the years. Diving deep into his home videos, he pulled footage from her first time working in the garden with him back in 2016.

The precious video shows Indy sitting in the garden and picking up handfuls of dirt, which she eventually shoves in her mouth. Despite being told “yucky!” and “no!” many times, Indy was determined to munch on some dirt that day.

As the video progresses, it shows how much Indy has grown from those early days of eating dirt in the garden. We see her start walking and talking more, until finally the clip makes its way into the modern day.

Just as Rory hoped, Indy was more involved in the garden than ever this year. She took an active role in helping to cover the plants and seeds, and seemed to be having a delightful time!

If you’ve been following the Feeks for years, this clip is sure to warm your heart. It’s amazing to watch Indy grow up right before your eyes.

After this, we can’t wait to see how much Indy has grown by the time next year’s garden needs planted!