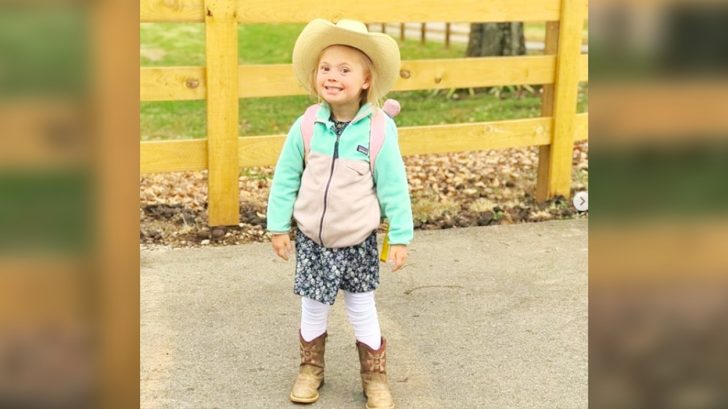 A Special School In The Country

For some time, Rory Feek of Joey + Rory dreamed of building a one-room schoolhouse on his Tennessee property. The goal was to have his daughter, Indy, attend the school, along with a small group of other local children.

After a little hard work and a lot of love, Rory’s dream came true. He named the new schoolhouse the Hardison Mill School, with its name having a great deal of significance in his life, as well as Indy’s and her mama Joey‘s.

“The name Hardison Mill School comes from the area we live in, Hardison Mill. Which is also the name of our farm, because the Hardison’s built and lived here in our old farmhouse,” Rory wrote on his blog, This Life I Live. “Their two youngest daughters, Mollie and Veva, were not only songwriters…but in their older years, were schoolteachers at the original Hardison Mill School built in 1897.”

…I love all these little ones so much. @hardisonmillschool

The school opened in September, much to the excitement of Indy, who had been asking her father about it every day while it was being built.

“Indy wakes up everyday (sic) and asks ‘go to schoolhouse?‘” Rory wrote on his blog. “It won’t be long now and I’ll be able to say ‘yes honey, schoolhouse!’ and be able to take her hand and walk her to school every morning.”

Once Indy was able to attend school, she wasn’t content with just walking there…she ran!

…walking, I mean running, to @hardisonmillschool this morning.

The school has now been open for seven months, and Indy still gets excited to join her classmates at the start of each new day. Recently, she’s also been excited to dress up for school, as she declared the week of March 25-March 29 to be the week that she will wear a princess dress to school every day.

A post to Rory’s public Facebook group reveals that Indy chose to dress as Princess Rapunzel from Tangled for school on Monday. This wasn’t the first time that Indy got all dolled up as the long-haired princess…she actually dressed as Rapunzel for her birthday party in February.

The Princess Of Smiles

When Tuesday rolled around, Indy opted to dress up as another blond princess…Princess Aurora from Sleeping Beauty!

A photo shared to Rory’s public Facebook group shores the adorable Indy dressed up in an elaborate pink ballgown resembling the one worn by Aurora toward at the end of her movie. Indy is all smiles in the photo, clearly thrilled to be wearing one of her favorite princess dresses to school.

She completed the look with a pink bow in her hair and a long-sleeved white shirt underneath. Hey, princesses have to stay warm, you know!

She sure is the prettiest princess we have ever seen!

That was only day two of Indy’s princess week at school, leaving her father hoping that she has enough dresses to finish out the week! “Hoping she doesn’t run out of dresses before Friday…” he wrote.

We love seeing how much Indy loves going to school! You can learn more about the special one-room schoolhouse she attends by watching the video below.