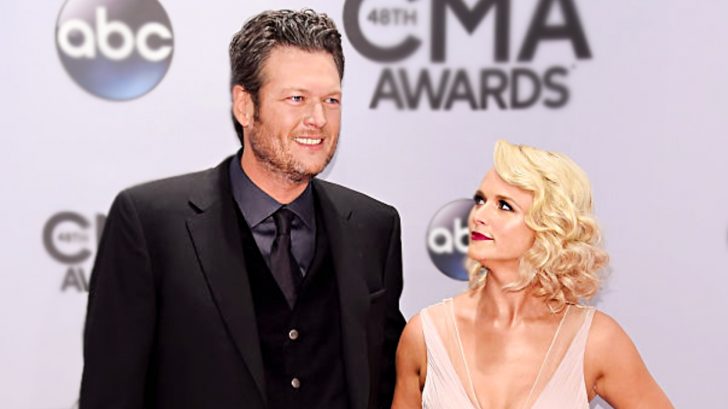 Tell-All Interview Has Lambert Getting Personal

When most artists prepare to release a new album they try to find every possible outlet to push their new music. But not in Miranda Lambert‘s case.

While Lambert is certainly familiar with the big press push that comes with album releases, she decided to take a different approach with her 2016 album The Weight of These Wings. Rather than chat about the album on talk shows and in magazine interviews, Lambert remained quiet and let the music do the talking.

It was a bold approach for Lambert to take, especially since The Weight of These Wings fell in the aftermath of her 2015 divorce from fellow country singer Blake Shelton. At a time that she could have been a tabloid darling, Lambert chose to let her music share every last detail about her often-cited broken heart.

Of course, Lambert couldn’t avoid the press entirely leading up to and following the release of The Weight of These Wings. Still, she has remained relatively mum about what inspired each of the album’s tracks, allowing fans to listen and determine for themselves.

She’s remained even more tight-lipped on discussing her divorce or marriage to Shelton. While she often talks about how her heart was broken for a while, it’s a rare thing for her to bring up her former relationship.

So it was quite a shock when, in one of her few interviews, Lambert spoke directly about her marriage to Shelton for the first time in ages. She talked briefly about what it was like being married to a country megastar, and how that has affected her today.

Shelton and Lambert dated for years before they finally tied the knot in 2011. Even though they had both been in the business for a while, neither achieved their superstar fame until that same year. Shelton’s career got a big boost when the first season of The Voice launched that year, while Lambert’s increased fame was thanks to her album Four the Record.

The followup to Four the Record was 2014’s Platinum, often referenced as one of the best albums of Lambert’s career. At that point, The Voice had made Shelton a mainstream star, and in turn, Lambert as well.

Because of all of this, Lambert felt a need to embrace the “Hollywood” side of things in order to get people to pay attention to Platinum. But even though she felt it was necessary, the whole thing made her kind of nervous:

“I needed to up my visibility on this record. I don’t know why I felt that way,” she told Rumor Mill. “Maybe it was the phase in my life where the tabloids came into play. The Hollywood part of my life, but really my husband’s life at that time. And I remember thinking, if we can focus on the music, the light’ll take the focus off all this other sh-t that doesn’t matter.”

All About The Music

Even though Lambert didn’t want to embrace the Hollywood publicity approach that was such a part of her marriage at the time, she did so anyway. She did it for the good of her music.

“But that record, particularly, I did a two-day photo shoot, just because it’s part of getting people to listen,” she said. “I wanted people to hear my messages.”

However, Lambert took an entirely different approach with The Weight of These Wings, doing virtually no press to promote it. While the album didn’t generate radio hits like Platinum, it still went on to be critically acclaimed, and earned a number of nominations at major awards shows.

Just goes to show that sometimes glitz and glam aren’t necessary to make great music. You can see that in Lambert’s unplugged performance of her emotional song “Tin Man” below.