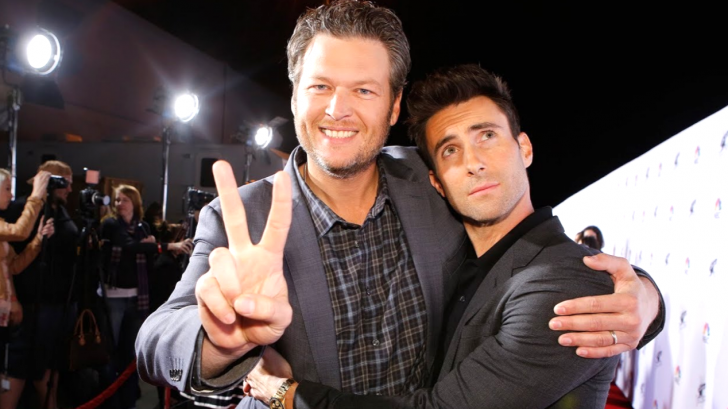 He’s a little bit country, and he’s a little bit rock and roll. Since being cast as two of the original coaches on The Voice back in 2009, Blake Shelton and Adam Levine have become America’s favorite bickering best friends.

Since Season One of NBC’s hit singing competition, Shelton and Levine have welcomed many new judges to the show, Kelly Clarkson joining the cast this season as the newest Voice judge in addition to returning judge Alicia Keys.

While at the end of the day all the superstar judges are friends, they don’t let that hold them back from taking shots at each other. In one hilarious tweet, Shelton reveals the one thing he and Levine manage to agree on, how weird Clarkson is.

”Not half bad start to these #VoiceKnockouts if I do say so myself. I can agree with [Adam Levine] on one thing.. [Kelly Clarkson] is a very, VERY weird person..” wrote Shelton.

Not half bad start to these #VoiceKnockouts if I do say so myself. I can agree with @adamlevine on one thing.. @kelly_clarkson is a very, VERY weird person..

Season 14 of The Voice returns tonight on NBC.