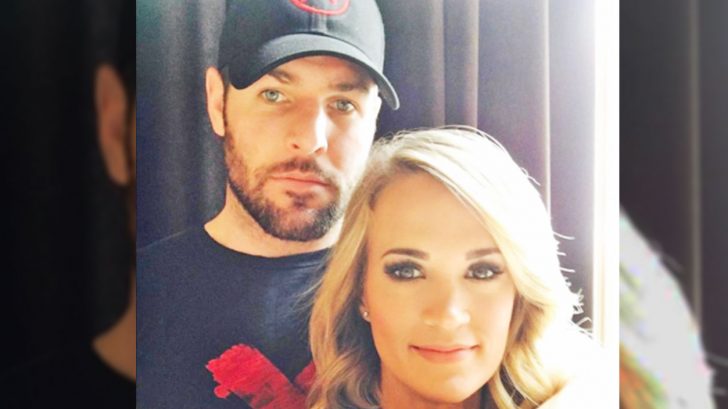 Country singer Carrie Underwood and her newly un-retired hockey player husband Mike Fisher have had to live through their fair share of tabloid rumors. The latest one is that the married couple of seven years is heading fast for divorce, and it’s all because of Fisher’s return to the NHL.

“Carrie has wanted more quality time with Mike…She really thought that Mike’s retirement was going to give them the time they needed to work on making their family stronger. His decision put a huge strain on their marriage. If Carrie and Mike continue to grow apart, it will surely end in divorce for them. And that would be heartbreaking,” InTouch reported, quoting a source.

However, Fisher himself told ESPN that Underwood was the one who actually encouraged him to come out of retirement, and seemed more excited than anyone to see her husband back on the ice.

This is happening! Fish is back! So proud of you, baby! We want the cup!!! https://t.co/ohP7zPtT1s

Even so, the rumors are still swirling that the parents to two-year-old Isaiah are headed for divorce. On Monday (Feb. 19), Fisher took to Instagram to post a photo of a bible verse, which is not out of the ordinary for him.

The bible verse read, “Search me, God, and know my heart; test me and know my anxious thoughts. See if there is any offensive way in me, and lead me in the way everlasting.” He accompanied the photo with the caption, “One of my new favorite verses because I need this reminder daily!”

One of my new favorite verses because I need this reminder daily!

Comments flooded in thanking the former Nashville Predators captain for the reminder, but one stood out. A fan named Beverly Ayers commented on the photo by saying, “Praying for you and Carrie. Ignore the media! Hold tight to each other. There are always bumps in the road. Keep focusing on Jesus! He will guide you thru! [sic]”

He did not respond to any other comment besides this one.

“We’ve never been better,” he wrote, according to PEOPLE.

The couple has been through a lot in the last few months. Back in November, Underwood fell down outside of their Nashville home and was rushed to surgery to fix her broken wrist and received 40+ facial stitches.

She has been laying low while she recovers, but recently posted a workout photo with both Fisher and their son Isaiah.

Take a look at the adorable montage of family photos set to the tune of her meaningful song “What I Never Knew I Always Wanted” below.