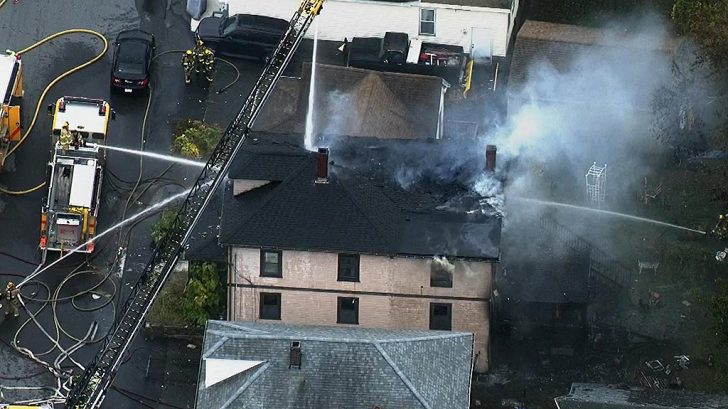 A massive house fire broke out in Milford, Massachusetts and while the house was burning a brave firefighter ran into the home to save an American flag.

His Patriotism Proves Light In A Dark Time

The firefighter, Billy Collins is also a U.S. Marine veteran who says he saw the flag through one of the windows of the burning home and when he was asked to retrieve it, he didn’t think twice about it.

He said “Hey Billy, why don’t you go in and save that flag?’ I said all right. I put my Scott back on, my helmet and my gloves. I walked in the building, I pulled the flag down and I came out,” Lt. Collins said.

The fire destroyed the home leaving a family of five homeless but Collins patriotism and courage is providing a bright spot to the family who lost so much.

He Credits His Respect For The Flag

According to CBS News, Collins served in Operation Desert Storm before he joined the Fire Department and credits his respect for the flag for the reason why he risked going in the home.

“The flag means a lot to me, but I’m sure it does to the other guys too,” Collins said. “I didn’t want to see the flag get hurt or burnt up.”

Even though everything was burned in the home except for a few boxes of personal items, the family feels very lucky that everyone made it out alive.