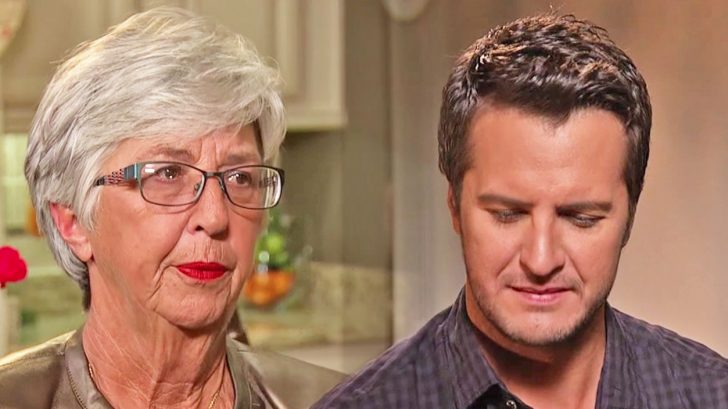 You may know Luke Bryan as the booty-shaking, good-looking country star that always has a smile on his face. He sings about getting sunburns, drinking on the tailgate of his pickup truck, and dancing with his lady, but there is so much more to him than meets the eye. Once you hear about his entire story, it’s almost shocking that he is known for being such a light-hearted and fun person.

When Bryan was 20 years old, he was set to move to Nashville and pursue a country music career. Just five days before the move was set to take place, his older brother Chris was killed in a car accident. He decided to instead attend Georgia Southern University to stay close to his family – his mom, LeClaire, dad, Tommy, and older sister, Kelly.

“I couldn’t bear the thought of Luke being away,” his mother later said in an interview.

After Bryan graduated college, he worked for his dad’s fertilizer company for a while. After Tommy threatened to fire him if he didn’t move to Nashville, he arrived in Music City in September, 2001. After a few years of working as a songwriter, Bryan caught his big break when he released “All My Friends Say” in 2007. He made his Grand Ole Opry debut a few months later.

His sister Kelly arranged for 129 of their closest family and friends to be there from Georgia, but Bryan had no clue that would be that last time he would see her. A few days later, she passed away from unknown causes. He has spoken several times about how he deals with the grief of his siblings passing away, but he has never talked about how his mom, LeClaire, copes with losing two children – until now.

He continued, “We give Mama the benefit of the doubt on stuff. She has suffered a lot of pain as a mother, losing two children.”

Tragedy struck the Bryan family once again in 2014 when Kelly’s husband, Ben, died – leaving the couple’s three children behind. The “Sunrise, Sunburn, Sunset” singer and his wife took in their teenage nephew full-time and have also opened their homes to his college-aged sisters.

Despite all this heartbreak, LeClaire seems to have the same fun-loving energy her son does, and her daughter-in-law took full advantage of that recently hen she pulled a little prank on her! Caroline told Bryan’s mom that the “Mother Goose” was friendly, and when it started walking towards them, Caroline honked to spook it even more, causing LeClaire to hilariously yell, “Kiss my ass!”

We can’t imagine the pain and heartbreak LeClaire Bryan has been through in her lifetime, but we’re so happy she has Luke, Caroline, and her grandkids to keep her smile on her face. Watch Bryan open up about his siblings’ passings in the video below.