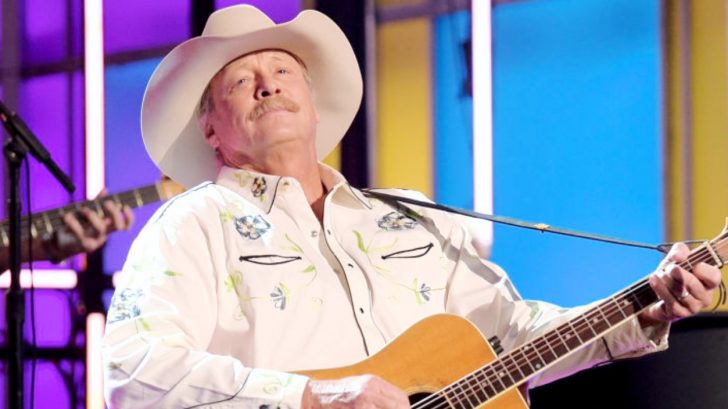 For the past two years now, Alan Jackson has been traveling all over the country on his Honky Tonk Highway tour. With 35 number one country hits to his name, you can bet that Jackson’s concerts are packed full of quality songs and excited country fans who want to hear them.

But those who were planning to attend two of his most recent shows got a dose of bad news on Thursday (August 16). He was forced to postpone all of his remaining August shows.

So why did Jackson have to end up postponing his last two August shows? The venues revealed the reason in individual statements, both citing an undisclosed “illness” as the reason why he had to back out.

Due to illness, Alan Jackson's August 17 concert at Bank of New Hampshire Pavilion in Gilford, NH is being rescheduled –…

According to the Bank of NH Pavilion, the call to postpone the concert must have been a sudden one on Jackson’s part. As the venue explained, Jackson, “had fully planned to perform Friday night – his trucks, band and crew are already on the road ahead of this show.”

The Wolf Trap, the venue for Thursday night’s show, echoed that statement, saying his trucks, band, and crew had already arrived at the venue when the call came in that he had to cancel the show.

The Bank of NH Pavilion seemed to provide the most hope that a concert would still take place in the future. The venue stated that the show is in the process of being rescheduled, and that all tickets would be honored for a future date.

As for the Wolf Trap, the venue lists the concert as being cancelled, but says information will be provided if the show ends up being rescheduled.

While it’s upsetting that Jackson wasn’t able to perform, his health certainly comes first. We wish him a full and speedy recovery.