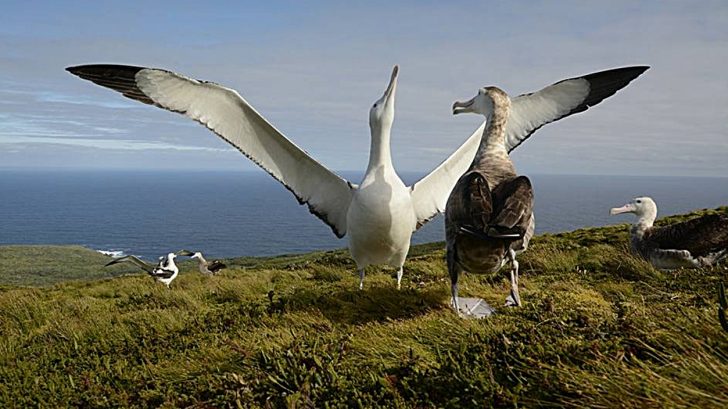 Agreement on the Conservation of Albatrosses and Petrels - Tom McSherry / Facebook

According to an article recently shared by New Scientist, albatross birds are now being used to help spy on illegal fishing operations in the Indian Ocean. The way it’s been done is mainly through satellite monitoring but boats often go unnoticed using just that method. However, strapping radar sensors to albatross makes it a lot easier to catch the criminals.

See, albatross are naturally attracted to fishing boats due to the free food they often get from them. The radar sensors attached to the birds can pick a boat up 18 miles away, pinpointing the location of the boat in real-time so experts can then use satellites to zoom in and spy on them.

The idea was pioneered by an international team that strapped sensors to 169 albatrosses and released them into the Indian Ocean. From December 2018 to June 2019 the team was able to detect 353 fishing boats and the data that pinged back indicated over 25% of them were displaying behaviors of illegal fishing.

Illegal fishermen are known to turn off their Automatic Identification Systems, which is a tracking device used for avoiding collisions with other boats and also used by authorities to track and find boats. Illegal fishermen turn their systems off so they can’t be tracked while fishing illegally.

Tristan Albatrosses display on Gough Island, photograph by Tom McSherry – with thanks

Posted by Agreement on the Conservation of Albatrosses and Petrels on Sunday, March 19, 2017

The albatross were chosen because they’re attracted to the boats and can fly up to 10,000 miles in one flight without having to land. They are gigantic birds that can live up to 60 years. They’re actually the largest flying bird in the world with a wingspan up to 12 feet long. They feed on squid, krill, and fish by diving into the water or by scooping it off the top.

Henri Weimerskirch at the French National Centre for Scientific Research says it’s a cheaper way to track the boats that complements satellite monitoring very well. However, due to orbital technologies improving rapidly we may not be using them for very long.