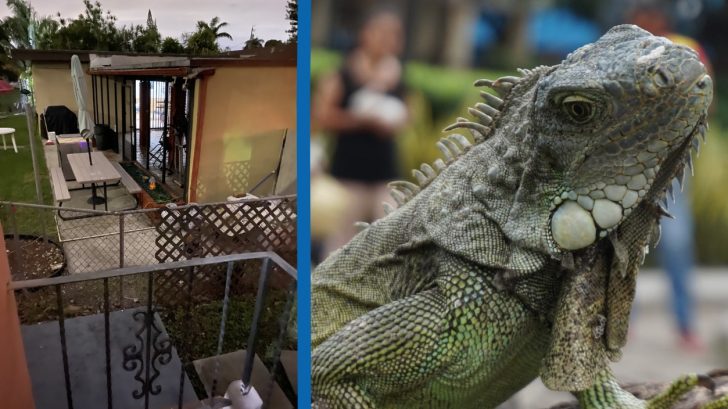 Arielle Castillo, a U.S. content producer for Manchester City Football Club shared on Twitter that a friend of hers was attacked by an iguana wearing a red bandana.

“I just got a call from one of my two social pod friends in Miami that they were attacked by a giant iguana …. wearing a bandana,” she wrote on Twitter.

According to her post, the iguana was a pet and it came out the back door of a neighbor’s house and ran across the yard and jumped over a three-and-a-half-foot chain-linked metal fence and then another metal porch fence to attack the neighbor.

Ok apparently the iguana came out of that back room and leaped over the fences. In a bandanna pic.twitter.com/aYr86TcPUG

It was wearing the red bandana around its neck and in the midst of the attacked its owner ran out the back door and hollered something at it in Spanish. The iguana stopped what it was doing and immediately returned to its owner who was now standing in the backyard wearing medical scrubs.

The attack took place in a little neighborhood near the Melreese golf course and no further details were given on how serious the attack was. However, Arielle alluded to it may have just leaped at the neighbor, not biting them.